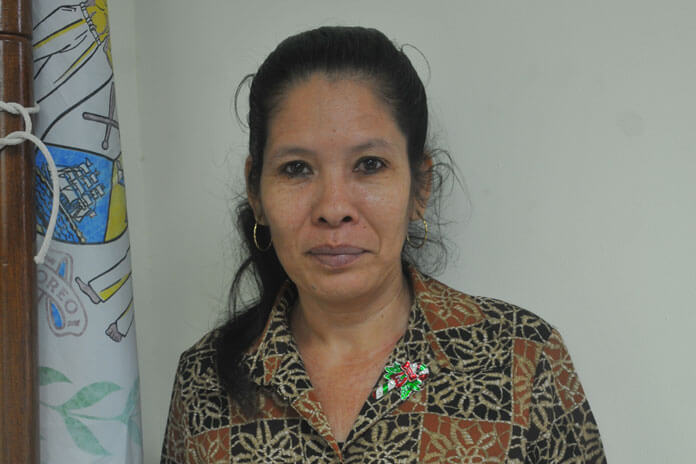 Apart from the shocks to the economy as a result of the pandemic, the government was deadlocked in negotiations with two public service unions over its insistence that public officers forgo increments for the financial period 2020-21.

When the Public Service Union (PSU) and the Belize National Teachers Union (BNTU) would not budge from their position that the increments should be deferred, Prime Minister Barrow threatened to amend the Public Service Regulations to give himself (as Minister of Finance) the authority to adjust public officers’ salaries.

On Monday, the two unions and the government were able to reach agreement on the issue of the increments that government wanted them to forego as a cost-saving measure to trim its wage bill in the lean economic times which lie ahead in the post-pandemic period.

We asked BNTU National President, Hon. Senator Elena Smith, to walk us through what had transpired in the meetings which led to the agreement.

Senator Smith explained that after they had initially sat down with government and had come to an agreement, the written document had differed from what they had verbally agreed to during the meeting.

“In the meeting, we had agreed to the word ‘deferred’, but when the document came, it said ‘forgo,’” stated Smith. Senator Smith said that Prime Minister Barrow was present when the verbal agreement was reached.

Senator Smith said that what was agreed to was that the increment would not be paid this year, but would be paid upon retirement. “That sounds like a deferral to me, and that has a different meaning than the word ‘forgo’,” she said.

We asked Senator Smith to respond to the Prime Minister’s assertion that retrenchment is inevitable because “the handwriting is on the wall.”

Senator Smith said that there are some young public officers who would have to work for another 25 years before they reach retirement. “So while the economy might not rebound in two years, it will not take 25 years to do so. Maybe it takes 5 or 10 years to get back”, she said.

Senator Smith explained that the government’s wage bill is high, not because of the regular public officers, but because of all of those high-value packages that are given to contract officers. “That is where the IMF needs to look to trim the wage bill”, she said.

“If the government had listened to the unions and cut spending in some of the areas we had suggested, then we would not be in this position right now”, Senator Smith insisted.

We asked Senator Smith to comment on the position taken by the Belize Chamber of Commerce and Industry, which issued a press release saying that this quarrel should not be happening between the government and the union, and that the government must spend less to operate.

“It’s a pity that the Chamber did not contact the PSU to find out if what transpired at the press conference was actually so, and whether we were back at square one. If it is that the PSU were saying that they would not give up anything, that was never the PSU’s position. The PSU’s position, as well as ours, is that we are willing to sacrifice under conditions related to those cost-saving measures,” she said.

“Had the Chamber reached out to the PSU, they would have gotten a better understanding of what was going on. Despite what was said at the press conference, we had reached a compromise with the Prime Minister,” Senator Smith pointed out.

While conceding that minor tweaking had been done to the agreement, Senator Smith said, “I think that we did well for our members.”

The other public service union, the Association of Public Service Senior Managers (APSSM), had come to an agreement with government in its cost-saving exercise, although the general details of that agreement have not been made public.