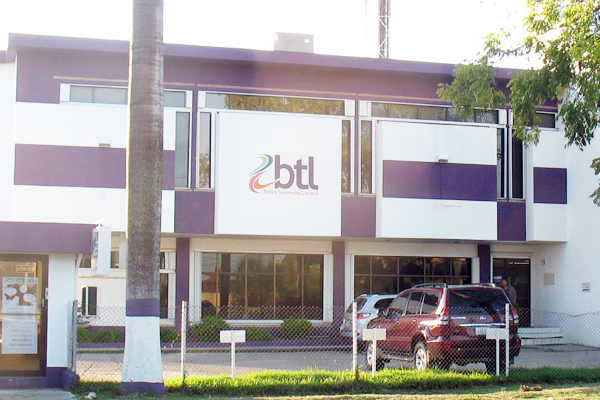 Indications from Financial Secretary Joseph Waight to Amandala today are that the Government of Belize has set aside roughly $83 million to offset the payment of compensation to former shareholders of Belize Telemedia Limited (BTL) – this figure consisting of $75 million from the sale of shares in the company and $7.5 million recently received for dividends for 2012 and 2013.

Amandala readers will recall that the Caribbean Court of Justice (CCJ) recently issued an order declaring that BTL could proceed to pay the Government half of the dividends due in 2012 and half due in 2013. Dividends had been declared at 24 cents a share and 25 cents a share, respectively.

Waight said that all the proceeds from the sale of shares pursuant to a court order had been set aside to settle compensation. Furthermore, he said, this recent dividend payment will also be stored away to pay compensation. Prior dividend payments received by the Government have been spent, Waight clarified.

The Government of Belize now holds about 25% shareholding in BTL, according to the Financial Secretary. With the inclusion of the other two public sector entities – the Belize Social Security Board (SSB) and the Central Bank – who also had their dividend payments unfrozen by the CCJ – the public sector owns roughly 62% of the company.

Following the nationalization of BTL, the Government of Belize instituted constitutional provisions which mandate that the public sector must remain a majority shareholder in BTL.

Government had sold off some of the shares it had acquired to the Central Bank, the SSB and small shareholders at a price of $5 a share. Waight said that the proceeds from the sale are held at the Central Bank and the commercial banks.

The Government has also still not settled compensation to Fortis Inc., the former majority shareholder of Belize Electricity Limited (BEL).

According to Waight, Government has not on-sold any of those shares in BEL, and it has no plan to do so at this point in time. He said that Government had offered Fortis a settlement—which it rejected.