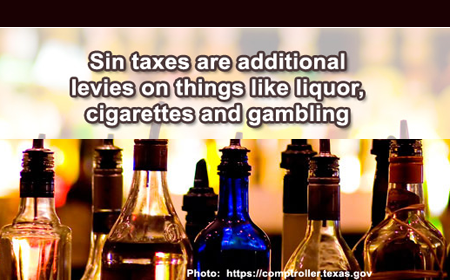 BELIZE CITY, Wed. Mar. 8, 2017–Trade unionists who attended the Prime Minister’s press conference held this morning to unveil a breakthrough in the superbond negotiations, left clueless on what new tax measures would be tabled at the reading of the national budget next Monday, March 13, although Prime Minister and Minister of Finance Dean Barrow did disclose to us that fiscal consolidation measures are being planned to raise $70 million more in revenues while cutting spending by $30 million.

Curtailed spending to be sustained to the budget year 2020/2021

Sharon Fraser, president of the Association of Public Service Senior Managers (APSSM); Eldred Neal, president of the Public Service Union (PSU); and Jackie Willoughby, interim president of the umbrella organization – the National Trade Union Congress of Belize (NTUCB); were all present when Barrow announced that there would no retrenchment, no increment freeze and no further delay in the final salary adjustment of 3% which was due to be paid to public officers and teachers last year. He declined, though, to get into details on tax measures and belt-tightening on the horizon.

Barrow said that while revenue raising measures and spending slashes will come with the new budget, there would be no business tax increase and there will be an attempt to reduce adverse impacts on workers and the poor.

The Government has undertaken, as a part of its concession to bondholders to get them to agree to amended terms, to achieve a primary surplus of 2% of Gross Domestic Product – in the region of US$25 million a year, a target which Barrow said he is positive they can meet.

He told us that Cabinet had a session yesterday and although ministers were presented with the stark evidence with what the budget cuts mean for their respective ministries, not one protested; they understood that they have to do it.

“For our own sakes, we know that we have to do this,” Barrow said.

The commitment to bondholders also includes a primary surplus benchmark of 2% of Gross Domestic Product, and this year’s budget looks to a figure of 2.4%.

However, it also means that the belt-tightening should to be sustained at least until the fiscal year 2020/2021. Barrow said that while it is not that every year you will continue to increase revenues, every year there will be a need to curtail spending.

“It’s going to be a hell of a thing to ensure that we can do what we want to do and have to put the squeeze perhaps on some of the capital projects… because what cannot be any kind of sacrificial lamb are our public officers and our teachers,” said Barrow.

Waight explained that after this budget year, the Government of Belize would have to maintain the gains of that consolidation into years 2, 3 and 4. The challenge would be to tighten the belt and to hold it taut.

Government’s economic advisor, Ambassador Mark Espat, who has been a part of the Government’s negotiating team in talks with bondholders, said that the gains of 2017-2018 which will result in 2-3% surplus will be contained by curtailing expenditures, but also by the buoyancy of revenue, and there is no implicit agreement with bondholders to repeat these measures over the next three to four years. The measures, he said, will allow the government to build on 2017-2018 as a foundation year, and there is no suggestion that this is just the first in a series of consolidation programs.

Amandala has been told that the Government is looking at raising additional revenues this time around from increasing “sin taxes” in things like liquor, but Finance officials did not say so in speaking with the press today.