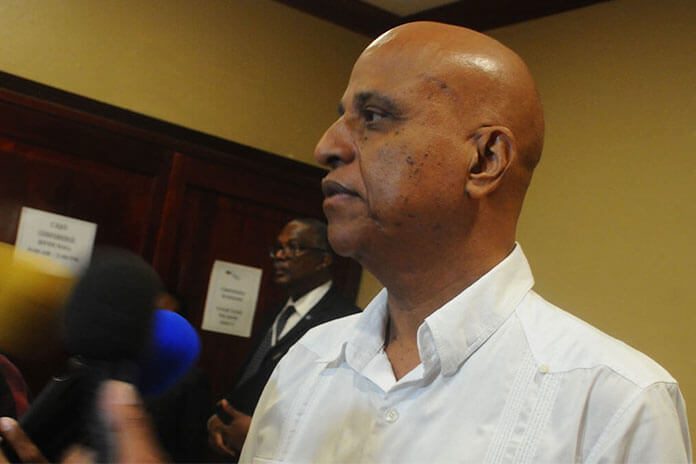 The boledo contract which Brads and Company signed with the Government of Belize in 2009 is now up for renewal. This lucrative contract, worth millions of dollars but from which the government only gets an estimated two million dollars per annum, has become a subject of interest to both major political parties.

The Opposition People’s United Party has pledged that it will take back the boledo and use the profits to provide free education; meanwhile, the United Democratic Party government of Prime Minister Dean Barrow has used the boledo business as a means of increasing its tax base.

Recent reports now suggest that Brads owns sixty percent of the boledo franchise, while the rest is owned by Good Lee Limited, an IBC company which is registered in Saint Lucia.

Yesterday, Thursday, Prime Minister Barrow was asked about this new revelation, in light of the fact that the boledo contract is now up for renewal. PM Barrow, however, told reporters that he is not familiar with this information that has just come to light.

Barrow told the media, “We are putting it for tender again. We are committed to the private sector handling it, but it is going to be a fair tendering process. There is not going to be any automatic renewal. The current concessioner will have to bid like anybody else for the next iteration of the contract.”

Barrow was asked, “What about now, with all the interest that this contract is gaining, trying to find out who is behind the ownership?”

“I thought Brads was. I don’t really know. The fact is that, as I said, we are satisfied that putting it out to tender and having a fair and transparent tendering process with the selection being made by the public officers in government, is going to satisfy the government,” Barrow responded.

It was pointed out to Barrow that with the exception of taxes on winnings and the two-million- dollar annual allotment to government, there is nothing else for the government, as the Financial Secretary has confirmed.