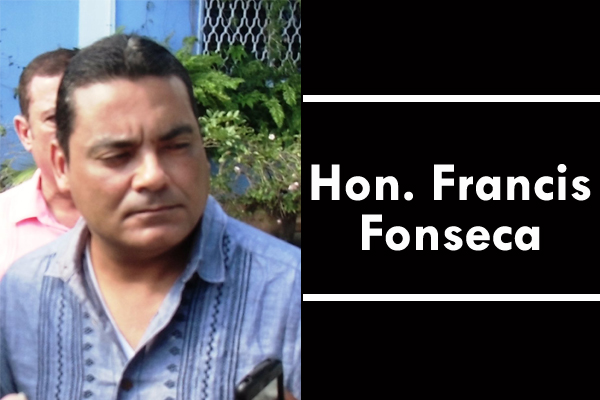 The Ministry of Foreign Affairs announced the official launch of its public referendum education campaign today, Wednesday, January 23, at a conference at the Radisson Fort George Hotel. The education campaign will be geared at informing Belizeans of the pros, cons and risks of the governments of Belize and Guatemala going to the International Court of Justice (ICJ) to seek judicial settlement in the decades-long territorial dispute between the two neighbor countries, which dates back to 1962.

As the campaign is carried out, Belizeans will be informed of a referendum that will occur on October 6 of this year in which registered voters will be asked to vote on whether they want the government to take the matter to the ICJ. There will be a simultaneous referendum occurring in Guatemala, where registered voters there will also vote on whether they want the issue to be taken to the ICJ. According to the law, Belize needs 60% of Belizean voters to participate in the referendum for it to be valid. Guatemala only needs a majority vote for their decision to be recognized.

Belizeans will need to vote yes or no to the question: “Do you believe that any legal claim of Guatemala against Belize relating to land and insular territories and to any maritime areas pertaining to these territories should be submitted to the International Court of Justice for final settlement and that it determines finally the boundaries of the respective territories and areas of the parties?”

At the launch, the Leader of The Opposition, Hon. Francis Fonseca, said that his party is in full support of the referendum education campaign and will engage in their own internal education campaign for their members and supporters.

“The public education campaign must be free from bias and must present to the Belizean people a comprehensive and objective analysis not only of the proposed question, but also of the benefits and risks inherent in submitting ourselves to the jurisdiction of the International Court of Justice,” he said.

Fonseca said that Belizeans are challenged to learn about the Guatemala territorial claim and the history of it, and to take a stand against the “unjust claim” that Belizeans have battled with for years.

“You are being asked to decide; you are the ones who must be consulted and whose opinions, views, and votes ultimately decide if we go or not to the ICJ,” Fonseca said. “Learn the pros, the cons, the risks and the advantages of taking this matter to the ICJ. Not only do you owe this to yourself, you owe this to your children and their children in turn. The most important and sacred duty of every citizen is to participate in our democracy, in our political life. It is you, after all, who are the real government of Belize,” he stated.

Prime Minister Dean Barrow, for his part, said that there have been numerous failed attempts at negotiations with Guatemala to settle the so-called territorial dispute. The OAS had said that the issue could not be settled by face-to-face discussion and should be taken to the ICJ or arbitration for settlement.

“After additional meetings failed to produce solutions, the parties informed the OAS secretary general that they are unable to reach agreement and indicated their willingness to consider submitting the issue to the ICJ,” he said.

The OAS secretary general wrote to Belize and Guatemala in September 2007, formalizing his recommendation that a juridical ICJ approach to resolving the Guatemalan claim was indeed the best way to go. The Belize and Guatemala governments then confirmed their willingness to accept that recommendation subject to the approval of their citizens, whose approval would be sought in national referendums.

The PM said that last year it was agreed that October 6, 2013 would be the date for simultaneous referendums to be held and have the people decide whether the issue should be taken to the ICJ.

“The people of Belize will be asked to determine whether they agree we should go to court to seek the legal affirmation of Belize’s rejection of the Guatemalan claim,” he said, adding, “Government is committed and obliged to accept and embrace whichever decision the people make by way of their vote in the referendum.”

Barrow said that the referendum should be a profound decision based on nothing but the facts surrounding the issue.

“It is of surpassing importance that this public awareness campaign be as manifestly dispassionate as the circumstances will allow,” he said. “Of course, with an issue that is of such visceral importance, that is easier said than done, but we must manage it. There can be no misstep, not even the faintest suggestion of psychological coercion or subliminal intimidation,” he stressed.

Barrow said that he will vote yes in the referendum and that the Cabinet is also in support of going to the ICJ. He said that the decision of Belizeans is a personal matter for every citizen of the country.

All those individuals spoke on behalf of their organizations, stating that they will do their part in support of the education campaign.

Through the campaign, the public will be informed of the pros, cons, and risks of going to the ICJ. The Ministry will be carrying out its campaign through the use of the media, the government press office, and the Elections and Boundaries Department.