Guat Foreign Minister a “no show” at OAS 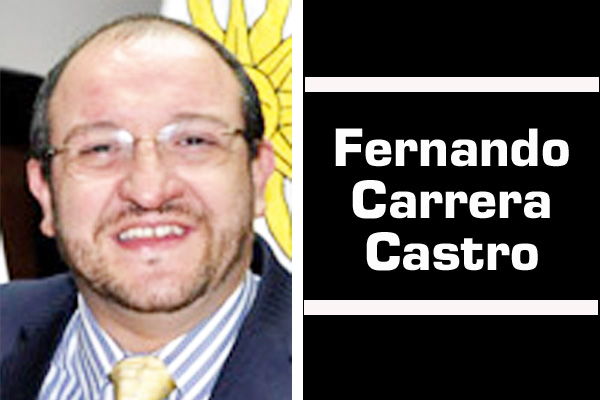 Belize and Guatemala held an important bilateral meeting at the Organization of American States (OAS) headquarters in Washington, DC, USA, on Sunday, March 17—not today as an official had previously told us—but the man expected to head the Guatemalan delegation, Foreign Relations Minister Fernando Carrera Castro, did not show up at the meeting, and no final decisions were taken on proposals by Guatemala to defer the October 6, 2013, simultaneous referenda to settle the territorial differendum at the International Court of Justice (ICJ).

The latest development leading up to the meeting is a formal declaration by Guatemala president Otto Perez Molina that they would seek an agreement from both Belize and the OAS for a one-year delay of the referenda. President Molina reaffirmed that plan to the Guatemala media this past Saturday, March 16, the day before the OAS meeting.

Official reports out of Washington say that Foreign Minister Carrera wasn’t able to attend the OAS meeting because of a personal emergency. With Carrera absent, the Washington meeting could not proceed at the ministerial level, and the second-in-command for the foreign ministries on both sides of the border proceeded to hold bilateral talks.

Although Belize Foreign Minister Wilfred Elrington headed the Belize delegation, he was mostly absent from the talks.

Up to press time this evening, there has been no official statement issued on the outcome of the meeting, despite multiple requests our newspaper made both via phone and e-mail.

Channel 5 News reported tonight that Belize has received a correspondence from Guatemala suggesting a way forward; however, the Belize delegation has not yet divulged the details.

Speaking to the Guatemala press this past weekend, the Guatemalan president restated the need to have equal conditions to proceed with the referendum process.

The indications are that Guatemala suspects a “no” vote could prevail over the Belize side. The public statements made by Molina furthermore take issue with the 2008 amendments to the Belize Referendum Act, which requires a 60% threshold of voter participation to validate the poll.

Guatemala’s electoral tribunal said that a referendum conducted in that country in 1994 had resulted in 24% voter participation, and that of 1999 was even worse, with 18.55% voter participation. On the Belize side, officials have said that voter turnout has generally exceeded that 60% threshold.

Molina said on Saturday that Carrera would pursue the matter, to seek a postponement of the referenda if it looks like a 2013 vote would result in a “no” vote.

The Guatemala president said on Saturday that the vote should be pushed back to 2014, with voting on both sides under equal circumstances, and similar electoral rules.

Belize’s Foreign Minister has said publicly that the Belize Government does not see the need for the referendum to be delayed, and Belize should proceed with the 2013 vote. He is also urging Belizeans to vote “yes” in the referendum.

Elrington has argued that the court is the only remaining means of settling Guatemala’s unfounded claim over Belize territory.