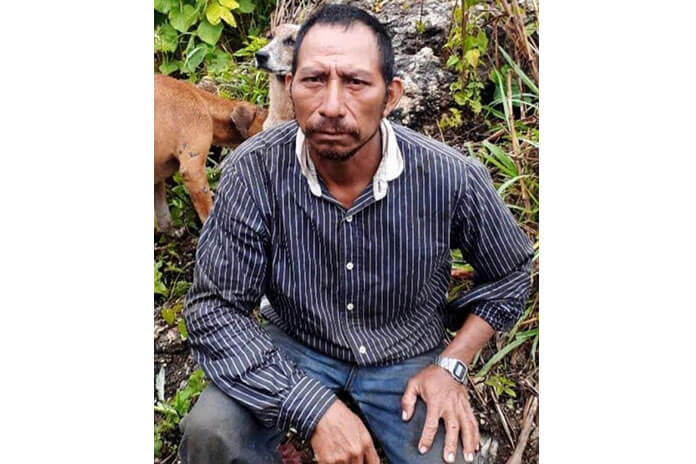 CHIQUIBUL NATIONAL PARK, Cayo District, Fri. Feb. 28, 2020– A joint patrol consisting of police and soldiers of the Belize Defence Force and rangers from the FCD that was conducting their operation in the Chiquibul forest from their base in the Cebada Conservation Post, has captured a Guatemala farmer, Jose Ruben Vega Suchite, 36, who came over to the Belize side of the border with his cattle.

Suchite has been charged with illegal entry into Belize, pending arraignment in the San Ignacio Magistrate’s Court.

The joint patrol has been tasked with mitigating incursions by Guatemalans into Belize’s territory, and especially, into the Chiquibul forest, where those illegal entrants cut down trees and set up illegal plantations, apart from killing protected animals in the forest.

According to a report made by the patrol, Suchite was found about one mile into Belize territory. The Friends of Conservation and Development ( FCD), the organization responsible for managing and preserving the Chiquibul, said that cattle grazing causes degradation to the national park and is a threat, because large forest blocks have been cleared by the Guatemalans for use for cattle grazing, although it is illegal to do so in this protected area.