Guatemalan illegally in Belize is 22nd case of COVID-19 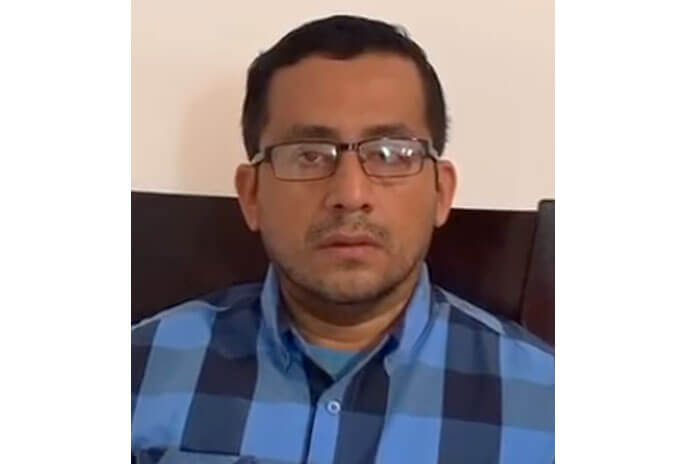 SAN IGNACIO, Cayo District, Wed. June 17, 2020– The 22nd case of COVID-19 has been detected in Belize, and the infected person has been identified as a Guatemalan national, who came into the country illegally.

He was found by police at a roadblock in Unitedville on Saturday. Police handed him over to the Ministry of Health in San Ignacio, where he was swabbed, after which he was taken into quarantine in San Ignacio.

Dr. Marvin Manzanero, Director of Health Services at the Ministry of Health, said that 45 swabs were processed for the coronavirus as a part of the ongoing testing for COVID-19, and yesterday, when the results for those tests were received, it was discovered that the Guatemalan was infected with the virus.

Dr. Manzanero said that contact tracing and investigation into this case has begun.

Manzanero calls on all members of the public to continue to be vigilant and to report any person who is seen entering the country illegally, because illegal entry bypasses the safety mechanisms of the country and puts the country at risk for the spread of the coronavirus. He said that the quick reporting of illegal entry is very important.

The nineteenth case of the virus was a Belizean who was employed on a cruise ship and entered Belize as a part of the repatriation exercise to allow Belizean nationals to return home. He was asymptomatic and had tested positive while in quarantine. He has since tested negative, and is scheduled to be released from quarantine if he tests negative again.
The twentieth case is a Guatemalan woman who came into the country illegally. She remains in isolation.

Case 21 is a Belizean who came into the country from Texas as a part of the repatriation exercise, who was also asymptomatic, but tested positive in quarantine. He continues to be in isolation.