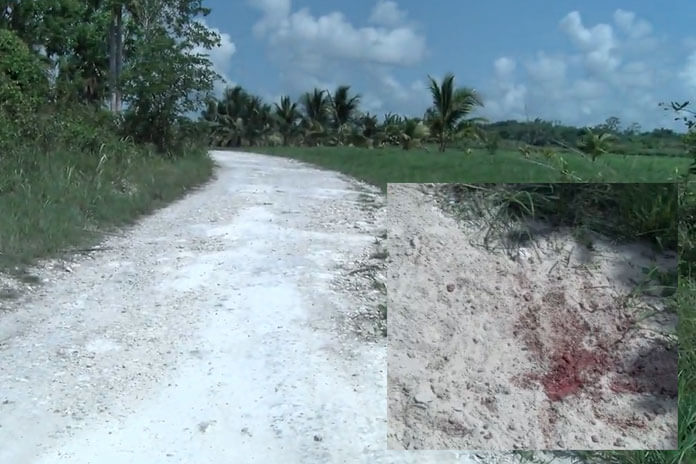 ORANGE WALK, Sat. June 26, 2021– Police are investigating the apparent murder of a Guatemalan that took place in the Honey Camp area of Orange Walk District. On Thursday morning, a little before 9:00, police officers responded to a report that a body had been found in the area.

When police arrived at the scene off a feeder road leading to Santa Martha, they saw the headless body of Rigoberto Salinas Orellana. His severed head was found not far from his body.

Police are piecing together an investigation at the time and have detained one person for questioning in connection with Orellana’s death.

Reports are that he was last seen alive on Tuesday, June 22, at around 10:00 p.m. No motive has yet been established by police for this heinous beheading.

Residents of the Honey Camp area have told local reporters that Orellana, or “Rigo” as he was called, was a humble and helpful person. They held a memorial for him on Sunday afternoon.