Guatemalans allowed to transit through Belize 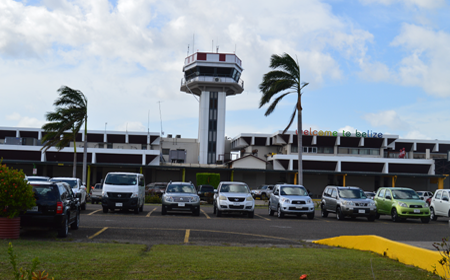 There is no assurance that either of the two passengers were free of the coronavirus as they passed through Belize.

BELIZE CITY, Thurs. Mar. 19, 2020– The Government of Belize came under intense criticism today in social media after it was learned that two Guatemalan officials were allowed to transit through Belize yesterday from the Philip Goldson International Airport (PGIA), from which they traveled by taxi to the Western border. The Western border has been closed since Monday.

Reporters caught up with Minister of Foreign Affairs, Wilfred Elrington, who told them that he was unaware of any agreement to allow the PGIA and subsequently the western border to be used as a transit point for Guatemalans.

One of the men who were allowed to pass is a member of the Central American Parliament, and the other is a student; both of them were returning from the United States.

The two travelers used a taxi to reach the Western border.

According to Belize officials, there is no measure in place to turn back Guatemalans.

While there is no official COVID-19 case in Belize, both Guatemala and the United States have multiple cases of COVID-19, which is responsible for the deaths of more than 100 persons in the US.

The taxi driver who took the fare from the PGIA to the western border is from the village of Arenal, and after his trip, he was held by police and health officials and placed under quarantine.

Elrington told reporters that as long as the PGIA remains open, it is not illegal for Guatemalans to travel through the PGIA en route to Guatemala.