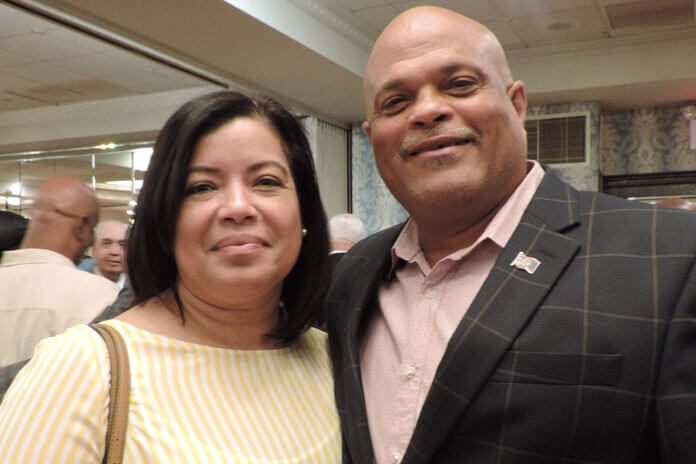 The Auditor General says Longsworth and the directors of Go Enterprises may have violated the Prevention of Corruption Act.

BELIZE CITY, Wed. Jan. 22, 2020– Herman Longsworth, the former Minister of State in the Ministry of Youth, Sports and Culture, has become the first person to face disciplinary action from Prime Minister Dean Barrow for financial impropriety contained in the Auditor General Report on the National Sports Council. Longsworth was terminated from his job as Belize Consul General to New York.

Longworth’s termination was announced today in a press release from the Belize Press Office.

The press release did not provide any details, except to say that PM Barrow met with Longsworth, “…following the findings from the Auditor General’s Report on the National Sports Council. After discussions with Mr. Longsworth, the Prime Minister decided to terminate his appointment as Consul General of New York.”

In the 2012 general elections, Herman Longsworth, running as a United Democratic Party candidate in the Albert constituency, defeated the People’s United Party candidate David Craig, and was appointed Minister of State in PM Barrow’s Cabinet.

In the 2015 general elections, however, Longsworth stepped away from electoral politics, making way for newcomer Tracy Taegar-Panton, who won the Albert seat.

Belize Auditor General Dorothy Bradley, and her team, did an audit of the National Sports Council for the period April 2015 to March 2016.

The “Audit Review of the National Sports Council” was delivered to Prime Minister Barrow on October 23, 2019, for him to table at the House of Representatives as early as possible. The audit review, however, was not tabled until the House met on Friday, January 17, almost three months later.

Prior to taking the report to the House of Representatives, which is mandated by law, PM Barrow basically gave the green light to the Commissioner of Police and the Director of Public Prosecutions to investigate the findings of financial improprieties that are contained in the audit review.

The Auditor General’s report has discovered that almost a half a million dollars had been siphoned off from the National Sports Council during the period under review.

In its “Main findings: Accountability, Responsibility and Funding,” the review said: “On the 9th July 2015, a company trading under the name style of GO ENTERPRISES LIMITED was incorporated at the Belize Company Registry. The company was contacted to do some work at the Marion Jones Sporting Complex. GO ENTERPRISES LIMITED received a mobilization fee of $75,000.00. We noted that $40,000.00 was withdrawn from the company’s account, of which $35,000.00 was put in the UDP Albert Division/Committee’s account and $5,000.00 was put in Mr. Herman Longsworth’s personal bank account.”

Longsworth did that transaction while he was still Minister of State, just days before the 2012 general elections, in which he was not a candidate.

Longsworth’s signature, although the company was not registered in his name, was the only signature on the bank account.

Goff, in an interview with the audit team, told them that he did not know whether Go Enterprises Limited had gotten a contract from the National Sports Council.

In addition, Goff told the auditors that Longsworth was a part of setting up Go Enterprises Limited.

Goff also did not know if Longsworth had hired Go Enterprises Limited to do work at the Marion Jones Stadium. Goff told the auditors that Longsworth’s signature was not on the documents that he, Goff, signed when the company was set up by “a legal person.”

The audit team also interviewed Mrs. Orio, who told them that she signed some documents for Herman Longsworth and that he had promised to give her jobs for the company and a cut of the company’s earnings.

Mrs. Orio also told the auditors that she did not attend any meetings of the company, which were purportedly held at its Lords Bank address.

“According to Mrs. Orio, she did not receive any jobs or monies from the business,” the audit review said.

In his interview with the auditors, Longsworth told them that he knew the directors of Go Enterprises Limited, and that since he was no longer in politics, he wanted to focus on reviving his career in construction.

The audit investigation led to the discovery that the Ministry of Finance had budgeted $175,000 for the construction of the fence at the Marion Jones Stadium.

Go Enterprises Limited’s bank account had a total deposit of $125,000. The audit review discovered that none of the directors listed for the company had their signatures on the returned, cashed cheques from the Scotia Bank account.

“Audit further noted that the award of works to GO ENTERPRISES LIMITED warrants further investigation because it can be viewed that Minister Longsworth and the directors may have violated the Prevention of Corruption Act, Chapter 105 of the Laws of Belize Revised Edition 2011,” said the report.

Not only has Longsworth’s name become entangled in possibly illegal financial dealings with government funds for Go Enterprises Limited, but the audit review also highlighted that Longsworth instructed the acting director of the National Sports Council, Patrick Henry, to pay Imer Hernandez $200,000, the audit review said.

Hernandez, the audit said, did not have a contract with the Sports Council, and the $200,000 he received was in violation of the Finance and Audit Reform Act.

The $200,000 that was paid to Hernandez was for land fill at the Marion Jones parking lot.
When the audit team asked Longsworth if Hernandez had a contract, he told them that he did not know. Hernandez was paid the money in four installments of $50,000 each.

It therefore remains to be seen if Hernandez, a nephew of former UDP Deputy Prime Minister, Gaspar Vega, representative for Orange Walk North, will be caught in the wide net of corruption that the audit review of the Sports Council has revealed.

Herman Longsworth, if he is charged with violation of the Prevention of Corruption Act, will become the first former politician to be so charged.

Since Longsworth did not seek re-election in the 2012 general elections, PM Barrow appeared to have gone out of his way to ensure that Longsworth was taken care of. During his budget debate presentation in March 2017, the Opposition People’s United Party Deputy Leader, Hon. Cordel Hyde, Lake Independence area representative, told the House of Representatives that Michelle Longsworth, Herman Longsworth’s wife, was being paid her full salary, even though she was not working in the country, but was living with her husband in New York City.

Here is what Hon. Hyde told the House of Representatives: “Everybody knows that Mr. [Herman] Longsworth was rewarded for stepping down in Albert with a nice cushy job in New York. When you go to these jobs, you take your family with you. The evidence we have suggests that Mrs. Longsworth, who was the director of CITO [Central Information Technology Office] when she left the country last year, is still getting paid as the director of CITO as we speak. That’s $6,800 each month…,” Hyde told the House.