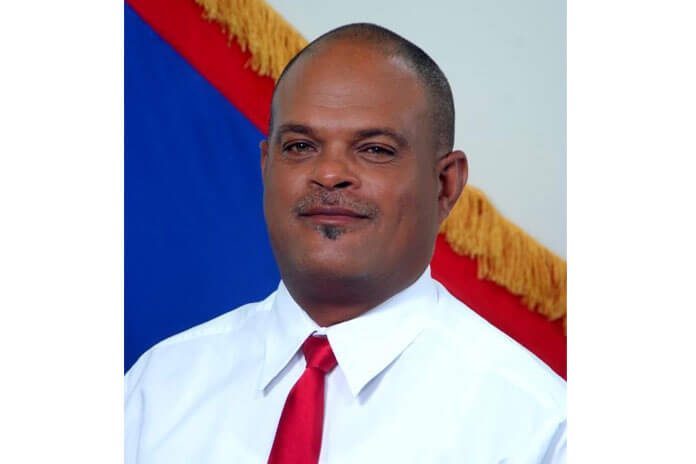 BELIZE CITY, Fri. Jan. 24, 2020– Commissioner of Police Chester Williams has confirmed today Friday that the former Minister of State in the Ministry of Education, Youth and Sports (with special emphasis on Youth and Sports), Herman Longsworth, is being criminally investigated.

Longsworth was elected on a United Democratic Party ticket in the 2012 general elections as the area representative for the Albert constituency.

Three years later, in 2015, when the government called early elections, Longsworth gave up his Albert seat to newcomer Tracy Taegar-Panton and was rewarded with a job as Belize Consul General to New York.

Longsworth served as Consul General of Belize to New York from September 2016, up to this week when he was recalled and fired by Prime Minister Dean Barrow.

Longsworth got the boot from his consular posting after his name appeared in an audit review of the National Sports Council, suggesting that he had breached government regulations, and specific laws appeared to have been violated.

Commissioner Williams told the media, “If it is that there is some degree of evidence or what we refer to as prima facie evidence that a crime has been committed, it is the duty of the police to investigate, and Mr. Longsworth was named in the audit report. There are certain things that were said that he did. That is prima facie evidence that a crime has been committed, and so he is going to be a subject of the investigation as well. The investigators will have to go after him and do what needs to be done if, in fact, he had committed a crime.”

Commissioner Williams said that there will be need for the police to collect banking information.

Williams explained, “…Now banking information is not something you can walk into the bank and tell them we need this. But the Anti-Terrorism and Money Laundering Act does provide the mechanism, or it gives the FIU the authority, the teeth, to be able to request these financial statements from the banks, and it is incumbent upon the banks to ensure that they provide that to FIU.”

“We will rely on the FIU to be able to collect the banking information, which is going to form part of this investigation, so that we can flow with this investigation. I really and truly don’t want us to see this investigation drag for too long. I expect that within a reasonable time, that the investigation will be completed and we will be able to present the file to the DPP for her to make her determination as to where we go,” Commissioner Williams said.

The Audit Review of the National Sports Council, which covered the period March 2015 to April 2016, revealed that days before the general elections of 2015, while he was still Minister of State, Herman Longsworth collected $75,000 on behalf of a company Go Enterprises Limited, for works to be done on the Marion Jones Sporting Complex.

Go Enterprises Limited did not have a contract with the National Sports Council and Longsworth may have violated certain provisions of the Finance and Audit Reform Act with that transaction.

Longsworth’s legal troubles do not end there, however. The Auditor General and her team also discovered that Longsworth’s signature was the only signature at the bank for Go Enterprises Limited.

When interviewed by the audit team, the two individuals who were listed as directors of Go Enterprises Limited when these two persons registered the company at the Companies Registry said that the company was owned by Longsworth.

If investigators can prove that indeed, Longsworth was the owner of Go Enterprises Limited, and he used his high office to benefit financially, then he committed an offense under the Prevention of Corruption in Public Life Act.

Apart from Longsworth, there are others who are named in the Audit Review and whom the police will most likely be investigating to determine what offences they can be charged with.

The Sports Council Audit Review has confirmed that almost a half a million dollars was pilfered from that government agency.