Home Headline Hipolito Bautista, a true Belizean for all seasons, dead at 69
Headline

Hipolito Bautista, a true Belizean for all seasons, dead at 69 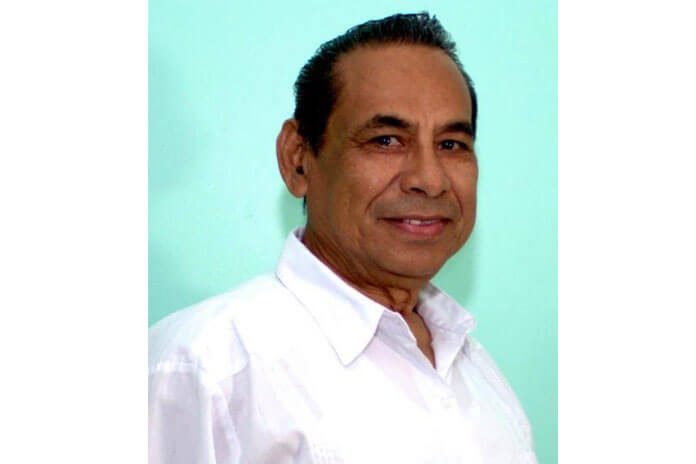 BELIZE CITY, Thurs. Dec. 12, 2019– Hipolito Bautista, a Belizean whose work in various fields has left an indelible imprint on what it means to be committed to the ideals of national development, died yesterday, Wednesday, December 11, at the Karl Heusner Memorial Hospital’s Intensive Care Unit. He was 69.

“Yesterday was a painful day for me, when I learned that ‘Bou’ died”, said Francis Gegg, a longtime friend who described Bautista as being “one of my closet friends—like a brother to me.”

Bautista suffered a massive stroke about four or five years ago and he recovered about ninety percent of his physical capabilities. He had another stroke about 6 weeks ago, which left the left side of his body paralyzed, Gegg recalled.

Bautista lived with one of his sons in Belmopan. Gegg recalled visiting his friend about three weeks ago and “he was in good spirits.” “I had a very good visit; we laughed a lot. So now I only have the better memories,” said Gegg.

More than two decades ago, Gegg and Bautista teamed up with another friend, Arturo Lizarraga, to work on the creation of the Corozal Free Zone.

Gegg said Bautista and others traveled to several countries to understudy free zones in other countries and he ended up writing the Corozal Free Zone law.

“Gian Ghandi only corrected the English,” Gegg said. “Without Bautista, Michael Arnold and Arturo Lizarraga, there would have been no free zone in Belize.”

When he was finished with schools in Belize, Bautista traveled to Jamaica, where he read for an undergraduate degree in Economics and Management at the University of the West Indies (UWI).

While at UWI, Bautista discovered his love for acting and won a major award for acting. Upon his return to Belize, he continued acting, becoming a founding member of a famous group, The Square Peg Players.

Bautista continued his education at UWI, earning a postgraduate diploma in Mass Communications.

He also earned a Certificate in Management and Free Zone Development in Taiwan.

By 1981, Bautista, who began working in the Belize public service after his return from overseas studies, had risen to the post of Chief Broadcasting Officer at the government radio station, Radio Belize.

Bautista held other civil service posts, including Administrative Officer at the Ministry of Housing and Health and Cooperatives.

Bautista retired from the public service in 1996 when Manuel Esquivel led the United Democratic Party on a retrenchment spree, letting go hundreds of public officers.

In 1997, the following year after he was retrenched from the public service, Bautista entered the private sector.

He was the owner and president of NUMONY International Ltd. Bautista also taught Economics and Principles of Business at the Anglican Cathedral College (ACC).

Bautista became attracted to politics and along with his friend Gegg, formed “We The People,” a political reform movement.

Bautista first ran as a candidate in elections in 2003 and then again in 2008, when he was a mayoral candidate in Corozal Town, on a slate for the We The People Reform Movement.

Up to the time of his passing, Bautista was still involved in the work of the Belize Progressive Party (BPP).

Hipolito Bautista will be laid to rest on Saturday, following funeral services at 10:00 a.m. at St. Joseph Church in Belize City.