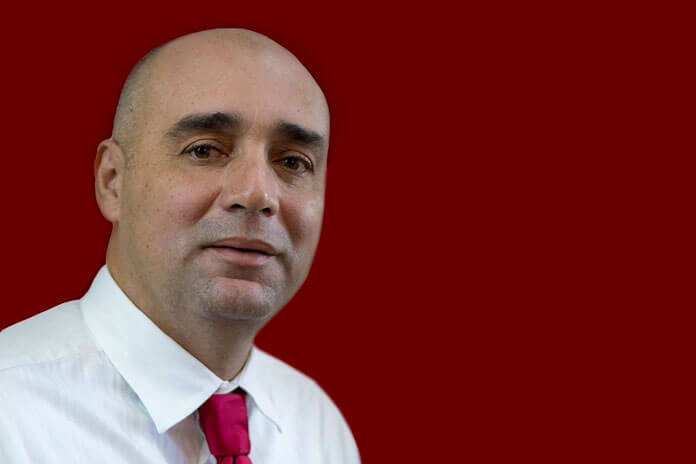 BELIZE CITY, Thurs. Mar. 19, 2020– The United Democratic Party (UDP) has been in limbo, regarding whom will be selected to fill the post of party leader, which will soon be vacated by the retiring Dean Barrow, who has been at the helm of the party for over two decades. This week, the race for UDP leader took a new turn when the Cayo North area representative, Hon. Dr. Omar Figueroa, submitted his name in a bid to seek nomination to the post.

Dr. Figueroa, a relative newcomer to party politics, was first elected to the House of Representatives in a by-election in January 2015, when the Cayo North seat became vacant after the PUP’s Joseph Mahmud suddenly resigned. Dr. Figueroa also won the seat in the general elections of November 2015.

A heated campaign for the post of UDP leader had previously culminated on Sunday, February 9, when Saldivar convincingly defeated Faber and was sworn in as UDP leader-elect, but he had to step aside less than 72 hours after his name became entangled in the reports concerning US fraudster Lev Dermen, who a federal jury found guilty on a 10-count indictment.

With Belize preparing to fight the new coronavirus pandemic, the UDP announced after Tuesday’s Cabinet meeting that its convention to elect a new leader, which was scheduled to be held on April 5, has been postponed indefinitely.

Feature photo: Hon. Omar Figueroa – Minister of State in the Ministry of Environment