How COVID-19 is revitalizing Cuba’s medical diplomacy, even Trump’s “maximum pressure” aims to shut it down 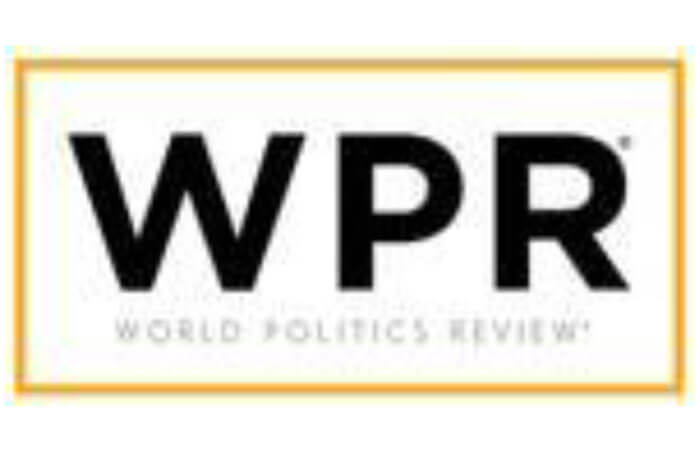 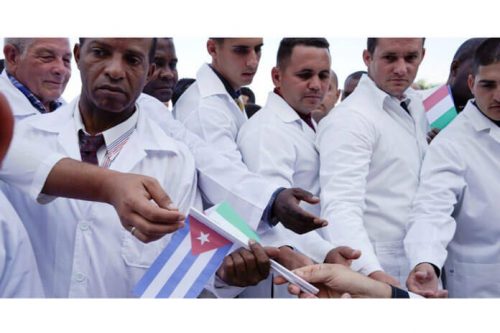 Cuban doctors receive Cuban and Italian flags during a farewell ceremony before departing to Italy to assist, amid concerns about the spread of the coronavirus outbreak, in Havana, March 21, 2020. REUTERS/Alexandre Meneghini

• Cuba’s longstanding efforts to promote its healthcare system has seen a boost as its medical professionals deploy abroad to aid the fight against the coronavirus.

• The US and right-wing governments in the region have tried to put more pressure on Cuba in recent years, but Havana continues to contribute healthcare overseas.

Cuba has long promoted its high-quality healthcare system by sending medical professionals to treat patients in other countries, “a show of soft power that also earns billions in badly needed hard currency,” as the Associated Press recently put it.

While some right-wing governments in Latin America have sent their Cuban doctors packing in recent years, Havana is seeing a new surge in demand for its help as a result of the spread of COVID-19.

In an email interview with WPR, John Kirk, a professor of Spanish and Latin American Studies at Dalhousie University in Nova Scotia, Canada, discusses Cuba’s response to the coronavirus pandemic both domestically and overseas.

World Politics Review: How has Cuba accelerated its overseas medical assistance program during the coronavirus pandemic? What kind of impact are Cuban doctors having in affected countries? 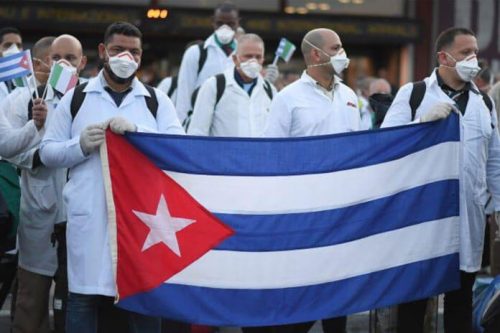 An emergency contingent of Cuban doctors and nurses arrive in Italy’s Malpensa to help battle the spread of the coronavirus, near Milan, March 22, 2020.

John Kirk: Cuba’s overseas medical assistance has actually been reduced significantly in recent years, as right-wing governments in Bolivia, Ecuador and Brazil have terminated their agreements with Cuba.

In all, some 9,000 medical personnel have returned to Cuba from overseas since 2018. In addition, the government led by Raul Castro has emphasized economic pragmatism in recent years, leading to a reduction in overseas aid missions.

In the course of just three weeks in March, the situation changed dramatically. Cuba sent 800 medical personnel to 16 different countries, mainly in Latin America and the Caribbean, responding to requests for assistance from their governments.

There is recent precedent for this. In 2014, Cuba sent 250 medical professionals to West Africa in response to a request from the World Health Organization for medical assistance to fight the Ebola outbreak. It was the first country to do so then, and now, it is one of the only countries in the world to send doctors and nurses abroad to help fight the coronavirus pandemic.

It is too early to tell what the impact has been in the affected countries, but Cuban medical staff are known for their professionalism. I personally witnessed their dedication and compassion in 2009, when I accompanied a group of Cuban medical personnel to El Salvador, to assist with relief efforts after Hurricane Ida. I presume that the same qualities will be present when they travel to assist countries stricken by COVID-19.

WPR: How have the Trump administration’s efforts to pressure the government in Havana affected Cuba’s medical assistance program?

Kirk: Cuba is facing severe economic challenges. In 2018, its two largest sources of hard currency, the export of professional services and tourism, brought in approximately $6 billion and $3 billion, respectively. Both have decreased this year, largely as a result of economic sanctions that have been reimposed by President Donald Trump.

To make matters worse, Havana’s major regional ally and trading partner, Venezuela, is mired in an economic crisis. Cuba relies on Venezuela for cheap supplies of fuel, but deliveries have become erratic, causing shortages on the island.

Despite the economic pressure it faces, Cuba has a reservoir of medical personnel who are helping to tackle COVID-19 in many countries. Cuban doctors are now working in two European countries, Italy and Andorra, for the first time, illustrating the growing global acceptance of Cuban medical aid.

If anything, the current pandemic has shown the need for greater multilateral collaboration—not the kinds of unilateral “maximum pressure” campaigns the Trump administration has taken against governments it dislikes. Should the WHO consider establishing a large medical force on standby for any future pandemics, Cuba has the ability to assist.

WPR: The United States has criticized Cuba’s medical assistance program, especially for what it claims are poor working conditions for doctors overseas. How fair are these claims?
Cuban President Miguel Diaz-Canel, left, and former Cuban President Raul Castro at the annual May Day parade at Revolution Square in Havana, May 1, 2019. 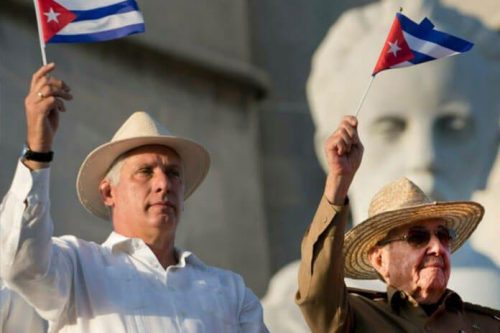 In reality, Cuban doctors’ salaries are quite low at approximately $80 per month, though they receive more when working abroad. But it is also important to remember that all schooling in Cuba, including medical school, is free. I interviewed 270 Cuban medical personnel over a 12-year period for a book, “Healthcare without Borders: Understanding Cuban Medical Internationalism.” None of the respondents felt that they had been forced to work abroad.

When countries pay for Cuban medical services, the government in Havana pays approximately 25% of the money received to the doctor or nurse, with the remainder going to support the national healthcare system on the island. The system is completely free and of good quality. The infant mortality rate in Cuba is 4 per 1,000 live births, and the mortality rate for children under 5 years old is 5 per 1,000—lower than in the United States.

Studies comparing the two countries’ healthcare systems have found that Cuba achieves similar health outcomes as the US, at a fraction of the cost.

WPR: How is Cuba handling its own coronavirus outbreak? Does the increased number of doctors overseas raise any concerns about the Cuban health system’s capacity to respond to a spike in cases on the island?

Kirk: Cuba is handling the coronavirus outbreak well, largely because of its traditions of social discipline, experience with natural disasters such as flooding and hurricanes, and extensive civil defense capability.

Almost all flights to and from the island have been stopped. Strict measures are in place to enforce social isolation, while schools are shuttered and workers have been told to stay home. Two areas with high infection rates, in Havana and the western city of Pinar del Rio, have been locked down. So far, there have been 515 confirmed cases and 15 deaths from COVID-19.

Cuba has an extensive healthcare-reporting system, and a centralized database of all weekly reports from family doctors throughout the island. The data are analyzed daily at provincial and national levels, providing a detailed summary of health care in each district in the country. This centralized information can be used to marshal medical support where it is most needed.

One of the fundamental pillars of the Cuban medical system is its preventive approach to public health. Some 28,000 medical sciences students have spent the last week going door-to-door across the country, interviewing Cubans in their homes as part of a government-sponsored program to proactively detect coronavirus cases. By April 7, they had completed surveys of over 9 million Cubans. The information gathered was then passed to local family doctors for follow-up.

Cuba also has the highest density of physicians in the world. Its ratio of medical professionals to patients is roughly three times better than the US. In Havana alone, there are over 2,000 small doctors’ offices, known as consultorios, as well as 68,000 healthcare personnel and three hospitals solely for COVID-19 patients.

In total, Cuba has 95,000 physicians and 85,000 nurses. Having 1% of its medical personnel abroad working in the campaign against COVID-19 has made little difference on the delivery of healthcare in Cuba.