Belize has not done enough to “graduate” out of this tier 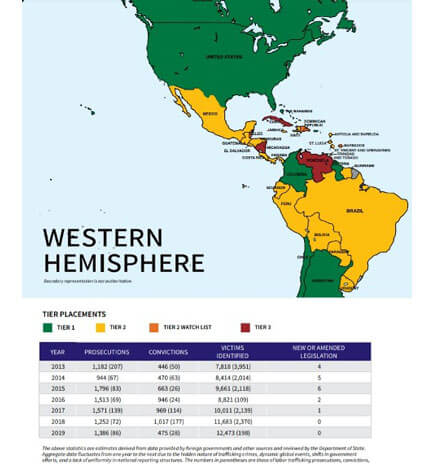 In 2018, Belize had finally been upgraded from a tier three status; however, in the report for 2020, the country’s status has remained consistent because the “government does not fully meet the minimum standards for the elimination of trafficking, but is making efforts to do so.”

Under tier two status, our country has not fully complied with the minimum requirements to satisfy the US Trafficking Victims Protection Act.

Furthermore, the annual report went on to explain that the Government of Belize “did not demonstrate overall increasing efforts from the previous reporting period. The government did not initiate any new prosecutions against traffickers and continued to apply victim identification procedures inconsistently, despite improvement in this area”

Additionally, the report states that the government did not investigate any instances of official complicity in trafficking-related offenses.

Belize is among 43 other countries in this tier.