Home Features I have a dream
Features

I have a dream 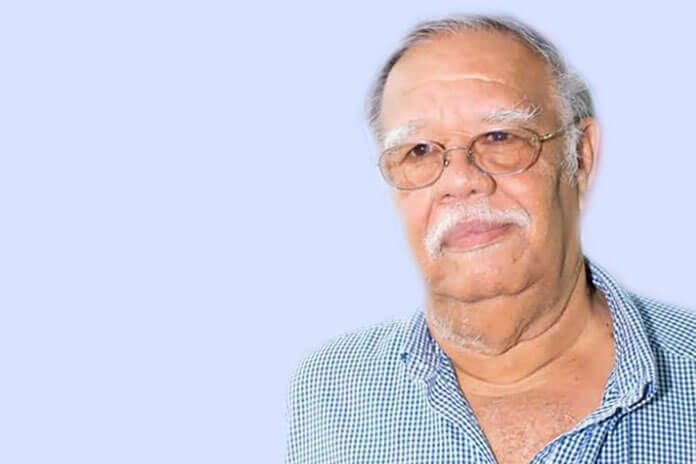 BELIZE CITY, Tues. Oct. 6, 2020– I had a dream. In my dream the Lord our God’s Holy Spirit descended on the people of Belize and showed them that they are made in the image of their Creator. As the Holy Spirit took me around the country, I saw the average Belizean man, woman and child as they were before 1983 – happy, full of big smiles, contented people. In my dream there was no poverty in Belize. Children went to bed, their own bed, with a full belly of nutrient-dense foods. The schools were producing highly educated youths in the natural sciences and engineering. Children were happy to attend school and to compete against each other in physical sports and academics. Learning was no longer a chore, but something to make you excited, to make you dream, to dream of partaking in Belize’s budding space project, to explore the stars.

Belize was no longer ruled by the oligarchy – no ASR/BSI; no Ashcroft alliance; no Heineken/Bowen & Bowen; no Santander; no Benny’s, no Mennonites; no 5 Chinese merchants controlling ALL retail; no elites/big boys deciding who gets rich, who starves, or who can succeed in business. Our friends, brothers, sisters, and neighbours who ran for elected public office no longer ran for an iPhone, a Range-Rover or a Land-Cruiser, but became politicians to ensure the creation of what US President Kennedy called, “A rising tide [that] lift[s] all boats.” Politicians would work for the people who elected them to ensure life, liberty, and the pursuit of happiness as the reasons for representation.

As the Holy Spirit showed me, ALL Belizeans were healthy because they were not eating or drinking processed foods or drinking sugar-laden sodas. Instead they were eating and drinking healthy foods grown on healthy soils that were fed by good fertilizers without the need for chemicals and pesticides. And all grown in Belize by Belizean farmers. Crime was nearly gone from the landscape of Belize.

The Holy Spirit also showed me in my dream that the solutions for fighting COVID-19 did not lie in a far off, inaccessible vaccine, but instead in cheap preventative vitamins and accessible medicine. I dreamed that, like the older leaders of UK, Brazil, Honduras, Guatemala, Belarus and the USA, COVID-19 didn’t have to mean lockdowns and death.

Why were all these glorious things in my dream possible? Because Belize had elected a political party led by Belize’s version of Abe Lincoln. Belizeans decided that Independence meant Independence, where Belize’s decisions were made by Belizeans without foreign interference. Hon. George Cadle Price gave political independence to Belize. Hon. Dean Oliver Barrow gave financial independence to Belize. And now our Abe Lincoln was giving Belize its economic independence. In my dream, Belize is an industrial nation-state. Forty-five percent of the work-force is in construction and manufacturing; and some 10% in agriculture, while 6% are engineers and scientists.

The other 39% are support to the 61% productive sector work-force. Belize now makes the steel, the cement, the tractors, the bulldozers, the cranes, the furniture, the dresses, the clothes, the shoes, the handbags, the belts, the electric wire, the lights, the paints, the fresh natural juices, the eggs raised on the ranges, the chickens that roam the fields, the cows that eat grass, the fresh green vegetables, the plows, the machetes, the hammers, the bolts, and most of all, the machine tools. Belizean workers are supervising state-of-the-art machines that are run by home-made computers – CNC, Al, and robotics all rolled into one unified whole. These workers were educated up to junior college and earning at least $ 40,000 per year.

Suddenly, a loud noise. I woke up only to find nothing had changed. Oh goodness! I was dreaming.

Belize has no Abe Lincoln. Belize got political independence on September 21, 1981. Today, we don’t even celebrate our right to determine our own future. This year we celebrated our colonial 10th of September, but not the day when we became free. Instead we have allowed foreign interests to instruct our politicians and bureaucrats on how to administer the colony. Over the last 39 years Belizeans have done everything to try and hand back political power to the foreign masters.

Instead, what Belize has is a general election set for November 11, 2020, and politicians are busy hurling insults and charges against each other. None of them talk about making Belize an industrial nation-state. Instead the discussions are about who will be made Central Bank Governor, who will be given CEO jobs, who will be made head of the Customs and the Income Tax departments. No one talks about creating the 65,000 jobs now necessary because of the fallout of the COVID-19 pandemic. Our politicians are not discussing how to improve the productivity of our workforce so that they can be paid the $40,000 per year to end the brutal poverty they are suffering and to place them into the middle class.

Belize feels like the end of the world. Lots of hungry people, owned and controlled by a few foreign exploiters and their local counterparts. A colony with no future for the vast majority of its citizens.

I prefer to dream.