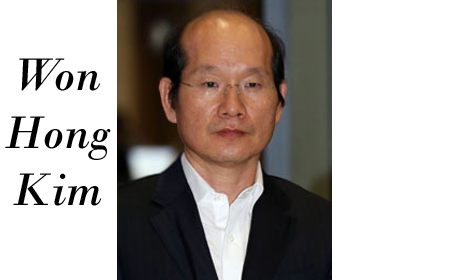 Even though her brother, Cabinet minister John Saldivar, had at one point held responsibility for Immigration, she frankly told the committee that the results of the audit into the Passport, Visa and Nationality Departments done by the Auditor General were not surprising, as, “a lot of things were unusual at the Immigration Department.”

The committee did not hesitate in asking her about the actions taken by her in the case of Won Hong Kim (Citizen Kim), a Korean national who received a Belizean passport and nationality certificate while in a Taiwanese prison at the time when she was the CEO in the Immigration Ministry. Kim had never entered Belize, contrary to what his documents had claimed.

Accusations were made against former UDP Minister Elvin Penner, believed to have been Kim’s chief facilitator. The evidence against Penner was so damning that it cost him his political career.

However, Saldivar-Morter told the Senate Select Committee that since that revelation in 2013, action was only taken against three Immigration officers, but those officers got off the hook based on a technicality.

Here is a portion of that exchange:

Saldivar-Morter: “And Erwin Robinson, the three officers who were working at the passport section at the time.”

Salazar: “So you did take the matter against these individuals to the commission for disciplinary action?”

Salazar: “…Did you recommend anything for disciplinary action against them?”

Saldivar-Morter: “In terms of the other 3 officers, we are looking at dismissal.”

Salazar: “You wanted to have them dismissed?”

Saldivar-Morter: “Yes sir. Due to some technicality, the case was thrown out by the commission.”

Salazar: “Can you say what the technicality was?”

Saldivar-Morter: “There was a memo issued by the then director which I was not aware of at the time when I took up the case, which kind of had the whole case thrown out.”

Salazar: “Do you know if any reference was made to the police, a criminal investigation against them?”

Candelaria Saldivar: “The police was involved against those officers? No, because that was kind of administrative; the issuance of the passport was more administrative.”

Salazar: “The police was involved?”

When we spoke with Senator Elena Smith, she told us that the Committee is seeking legal advice as to the scope of its power in cases where persons summoned do not show up.