“In the Paint” – Interoffice basketball round-up 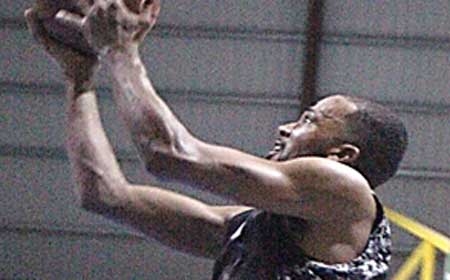 BELIZE CITY, Fri. July 7, 2017–In games played last Friday night, it was the Kings subduing Infotel/Mars Distributors by the final score of 77-70. Despite having four players scoring in double figures, Infotel was no match for Jacob Leslie and the Kings, as Leslie hit for 28 points on 11 of 24 shooting from the field, which included 5 for 9 from behind the arc. His teammate, Farron Louriano was no slouch either, converting 9-of-15 attempts from the field, for a total of 24 points, to go along with 9 rebounds and 2 steals. Earl Johnson’s 20 points led the quartet of Infotel players who managed to score in double figures; he was followed by Herman Ramos 13 pts, Elvis Olivera 11 pts, and Travis Lennan 10 pts. 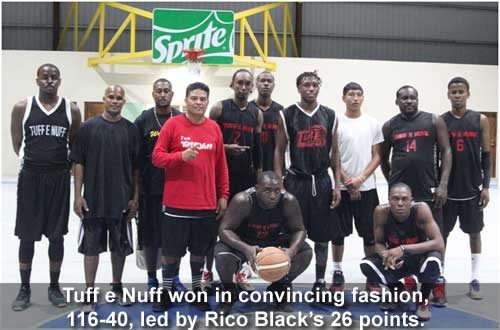 In the other game, it was Tuff e Nuff all over Grace Kings in a lop-sided score of 116-40. Rico Black struck for 26 points, including 7 three-pointers. Raul Roches chipped in with 21 points of his own, followed by Justin Wade 15 pts, and Louis Pitterson 12 pts. For the Kings from Grace, it was Robert Flowers and Arturo Allen scoring 11 pts apiece. 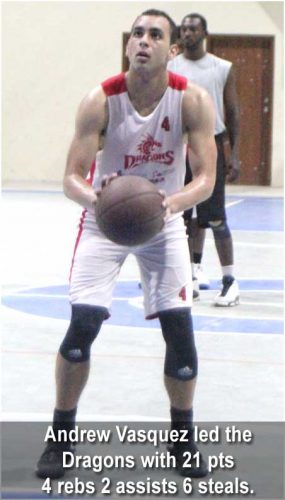 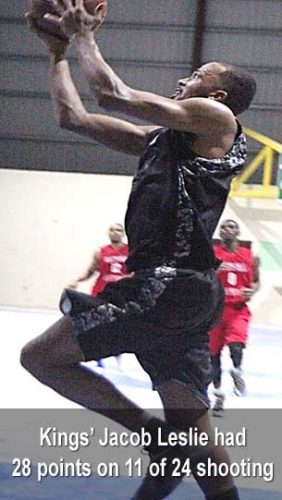 On Saturday night, it was the Dragons getting by BTL by the final score of 82-75, behind Andrew Vasquez 21 points 4 rebounds 2 assists and 6 steals, followed by Cordel Gonzalez, Jr. and Akeem Watters 13 pts each. Lennox Cayetano recorded a double-double, totaling 21 pts 12 rebs, while Lennox Bowman assisted him with 19 pts of his own, to go along with 7 rebs and 3 assists.

In the nightcap game, Belize Bank Bulldogs won its second game of the season in a pretty close match-up over Central Health by the score of 66-62. Lincey Lopez had a well- rounded showing for the Bulldogs, totaling 24 points 4 rebounds 3 assists and 3 steals; he had enough help from Roderick Williams 20 pts, and Aleem Richardson 12 pts 12 rebs. Meanwhile for Central Health, Neil Nicholson converted 6 of his 13 attempts from the field for a total of 16 pts, while his teammate, Derroll Vernon totaled 11 pts.

Games continue tonight with Belize Bank Bulldogs seeing action against Infotel, and BTL taking on the Kings. On Saturday night, Central Health will take to the court against Tuff e Nuff, while the Dragons will face the Warriors.