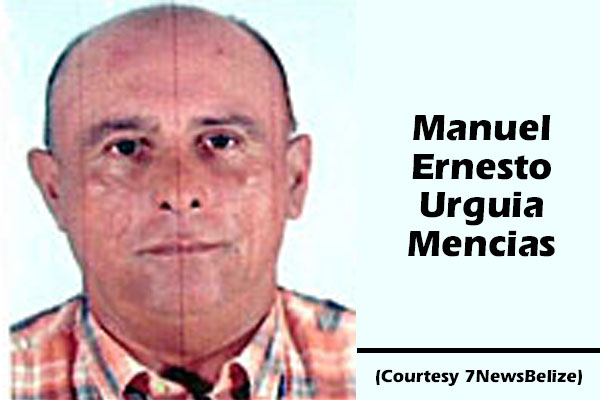 Independence police have arrested and charged Manuel Ernesto Urguia Mencias, 51, a Honduran manager of Green Gold Banana Farm in the Stann Creek District, in connection with the killing of Maria Domotila Perez—the second murder to have occurred in the new year.

On Monday, Mencias was taken to the Independence Magistrate’s Court, where he was arraigned on the charge of murder and remanded to the Belize Central Prison until April 30, when he will be returned to court.

Police charged that Mencias was the man who chopped up and almost severed the head of his lover, Perez, 41, a Honduran businesswoman of Benque Viejo, over money that she allegedly stole from him. The incident occurred at about 10:00 Saturday night, January 4, in the Green Gold Farm area.

The Commander of Independence police, Assistant Superintendent Alton Alvarez, told Amandala that their investigation revealed that Perez, who lived in Benque Viejo, travelled to the Green Gold Banana Farm where she met her lover, Mencias, and went to his home. While at the house, Mencias went to the bathroom, and on his return, Perez and his money had disappeared.

Mencias reportedly went out and found her about 50 feet from his house. Police believe that about 60 seconds before she was killed, Perez had called him on her cell phone to either return the money, or to apologize.

Police said that when Perez had arrived on the Green Gold Banana Farm at about 4:00 in the evening that Saturday, she had been seen walking between Green Gold and Sagitun Farm, by several people in the area and those at a shop in the Green Gold Farm. Sometime around 10:00 Saturday night those in the vicinity later heard a woman screaming.

They then reported the matter to a businesswoman of the banana farm, who, along with others, went to check the area and found Perez on the ground, apparently dead.

According to police reports, about 1:00 Sunday morning, January 5, they went to the Green Gold Banana Farm located off Placencia Road, where, at about 90 feet off the main road heading to Sagitun Farm, they saw the body of a woman, later identified to be Maria Domotila Perez, lying face-down in some grass.

Perez’s right little finger was severed and she had two cut wounds to her upper left shoulder.

Police said that at the time Perez was found, her skirt was not on her, but she was wearing underwear. The skirt was discovered at a distance from where she was found on the ground.

The post-mortem conducted by Dr. Hugh Sanchez revealed that Perez’s death was caused by exsanguinations due to the severing of her neck structure and multiple chop wounds.