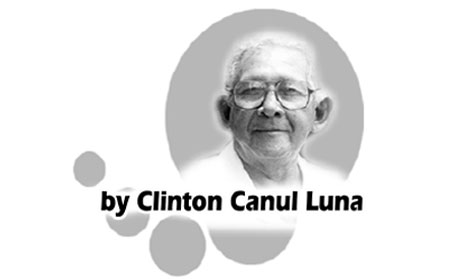 Permit me, our dear readers of this column, to present to you the following, entitled “En VIVO/ Instalación del Grupo de Amistad México – Federación de Rusia” (Installation of the friendship group Mexico-Russian Federation), which was published on Youtube on March 23, 2022.  I find what the Ambassador of Russia to Mexico, His Excellency, Victor Coronel, said in the Honorable Chamber of Deputies in Mexico City to be of utmost importance. The final part is as follows:

The owner of the American company, Meta, of Facebook and Instagram, changed its rules and “temporarily” allowed hate messages against members of the Russian army, as well as blocked Russian media accounts such as RT en Español, etc. In an act of censorship on YouTube, he also suspended the RT channel in Spanish. Russian culture and sports also turned out to be victims of this smear campaign. All over the world, concerts by our artists, the participation of our teams in sporting events, and even seminars dedicated to Russian literature are being cancelled. How can it be that recently, three weeks ago, the Russian team came to the Paralympics in China, in Beijing? The less valid athletes with physical defects who were preparing for these Paralympic games for four years, and when they arrived in China, the International Olympic Committee banned them from participating in the games.

And finally, two more things, there is a lot of speculation about the accession to Russia of the Crimean peninsula. Taking advantage of it, I mean, I never say annexation; it was accession, because many forget that this accession was the result of a popular vote by the population of the peninsula. Back then, in the year 2014, well I understand that they know something about history, they know a lot, and they know perfectly well that the Crimean peninsula was always an integral part of Russia since the time of Catherine the Great. In 2014, a popular referendum took place in Crimea. Almost 90% of the population of the Peninsula participated in that referendum. Of the participants, 98% voted, more than 90 percent voted to join Russia. This was the result of the expression of the popular will. And self-determination of peoples, as you know, is one of the basic principles of the United Nations organization. I’m going to give it to you, well, there are many double standards. You know perfectly well that Argentina has been claiming its rights over the Malvinas Islands or, well, the Falkland Islands, for a long time. If I am not mistaken, 7 or 8 years ago, Great Britain installed a referendum in the Falkland Islands where 3,000 people live. The population voted to remain integrated, to remain part of Great Britain. There they respected that demonstration of the popular will. Because they don’t want to respect it with respect to Crimea, I ask.

And finally, we highly value the position, the position of the government of the United Mexican States in the face of the Ukrainian crisis. After the start of the special Russian military operation, we are in constant permanent contact with our colleagues from the Mexican Foreign Ministry, with colleagues from the secretariat of foreign delegations. And I want to assure you, we highly respect the position of demonstrating several times by the President of Mexico, Andrés Manuel López Obrador, by the Secretary of Foreign Affairs—Marcelo Ebrard, that Mexico will never unite with anti-Russian sanctions, and that it will never, despite requests from the Ukrainian government, ever supply Ukraine with weapons. I want to assure you that I have no doubt that what is happening these days will in no way affect Russia’s relations with Mexico, which continues to be one of our oldest and most important partners in the Latin American region. As an example, in the year 2021 alone, despite COVID, despite all the restrictions, our trade between our countries increased almost more than 2 times compared to the year 2020, reaching the record figure of 48 billion dollars.