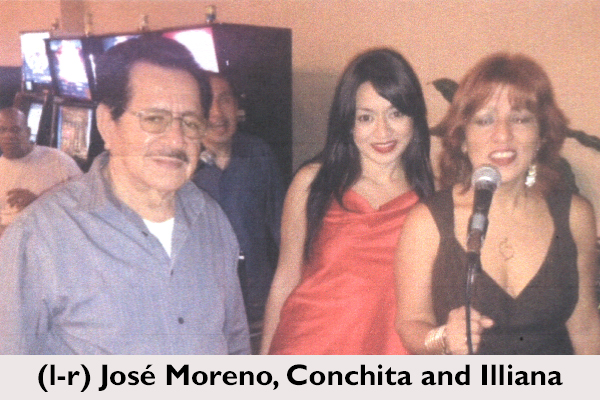 On my weekend visit to San Ignacio/Santa Elena on the occasion of the Mighty Avengers’ Hall of Fame Awards, I stayed over for the nights in Belmopan. Now, at the twilight of my long life and career, I find myself easily adapting to the quieter nature of the Capital City where I find myself spending more and more of my time as I am winding down. In the mornings I travelled to the “Twin Towns” where I would visit my friends Pappy Smith, Speedy Henry and Arturo Azueta on a daily basis, sit with them and spin the yarn reminiscing of good times and bad times, spinning the yarn mostly about football. You can see how our country which is so small is tightly knitted together.

I learnt that my good friend Pappy Smith had five children, all daughters. And do you know that one of the girls is married to the former Member of the House of Representatives for Cayo South, the Hon. Ramon Witz? Do you see how we are all intertwined? I did not know this until I was speaking to Pappy spinning the yarn.

On the Saturday of that weekend my family and I decided to go to the Princess Hotel for dinner. Upon entering the Princess I heard a strong female voice singing in the Spanish language. The voice captivated our attention it was so strong and melodious. Debbie and Kim turned to me and said, “What a lovely C.D.”. We entered the establishment, were seated at a table and presented with the usual dinner menu.

Looking up we saw a band playing and discovered that what we were hearing was a live performance. Inquiring minds wished to know who the artists were. We learnt that they are known as Jade, a ten-year-old band which proudly hails from San Ignacio/Santa Elena. When I inquired as why the choice of the name “Jade,” I was told that the name is a characteristic of their Mayan ancestry and their heavenly kingdom that is unbreakable. Jade is comprised of family members. José Moreno, the father, once played with the Atlánticos and the Professionals way back in the 1960s and 70s. In March of this year, José was given the red carpet treatment in Washinton, D.C. and honored for his lifetime contribution to the music industry in Belize.

Other members of the band include Joe, Jr., a singer; Sandro, who sings; Conchita, the youngest family member, who is also a vocalist; Illiana, who composes and arranges the Latin song selections; a cousin, Joe Obando, who plays the bass; and Ronnie Hernandez, who plays the keyboards.

While enjoying our dinner I invited Illiana to come sit with my family and me at our table. During our delightful conversation she shared all this information with us and I then determined to write an article in this newspaper with the information she provided as it reflects, in my view, a very positive human interest story. I was so taken with the performance of this band that I took the time out to actually take photographs of them with the camera on my IPhone which I don’t normally use. I was so impressed with their capacity to play music, their capacity to coordinate, their capacity to sing, with their carried talent and the diversity of their repertoire. They played Latino musical selections, they quite easily transitioned to R and B soul music. I heard them play Reggae rhythms and even today’s young person’s “dibby dibby” music. No disrespect, that is what I call it. A waltz was even thrown in, can you believe it?

Illiana told me that in 1998 they released a C.D. entitled La Tierra Llora and their last C.D. produced was El Barrendero, which means “trash collector.” She said she wrote this song as she served as a member of the San Ignacio/Santa Elena Town Council during its term 2006-2009 term of office. She held the sanitation portfolio and was reflecting on all the hassle and problems which the township’s sanitation workers had to endure.

Illiana related that the two female candidates in the 2006 municipal elections, herself and Bernadette Fernandez, topped the polls obtaining first and second place in the numbers of the ballots cast. I was not aware of this fact until speaking with Illiana. She told me that the 2006 municipal election was her only venture into politics at the local level and that she has no further interest in pursuing elective office.

All members of the band Jade were born in the Cayo District. Jose Moreno, the father, is now 74 years old.