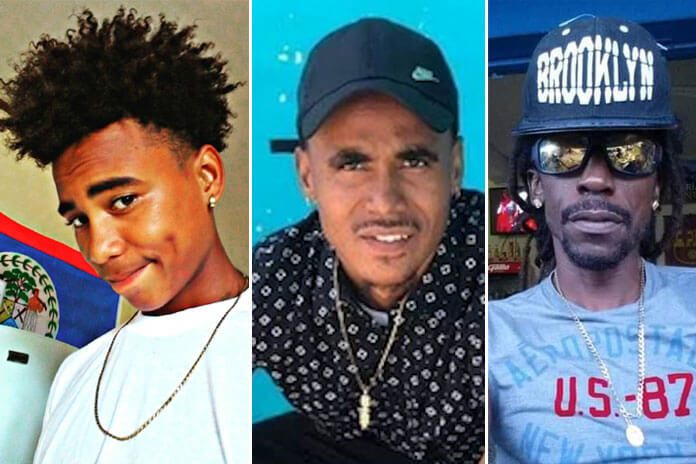 DANGRIGA, Stann Creek District, Wed. Nov. 20, 2019– At about 7:30 Monday night, on the eve of Garifuna Settlement Day, Jahvis Wagner, 22, a Dangriga resident, was standing in front of his house on Commerce Street in Harlem Square, Dangriga, listening to some drummers who were playing in his yard.

Shortly after, the drummers and a group of persons who were listening to them began to disperse, but Wagner remained, awaiting a lifelong friend who was coming toward him from an alley. Before this friend reached him, another friend, on a motorbike, stopped in the street to talk to Wagner.

At this point, according to Wagner’s friend, who was approaching from the alley, two men came on the scene, and walked toward Wagner.

When they were near Wagner, one of the men pulled out a gun, pointed it at him, and pulled the trigger. However, the gun snapped. The other man then pulled out his gun and shot Wagner in the forehead.

When they heard the gun blast and saw what had happened, everyone in the area, except for one man, ran for cover. The brave man ran after the gunmen, who were fleeing the scene, but he desisted after they fired at him.

The man said that he then ran back to the spot where Wagner was shot, and saw him lying on the road, with blood gushing from his head, but still breathing.

Police arrived on the scene shortly after and placed Wagner in their vehicle and rushed him to the Southern Regional Hospital. One of his friends said that as Wagner was placed in the vehicle, he drew his last breath. Jahvis Wagner was pronounced dead when he arrived at the hospital.

One of Wagner’s friends, who has not been identified, said that he was all about love, and that he was to travel abroad soon, to get away from the senseless gun violence that had recently taken the lives of his stepfather, Edwin Felix “Nazy” Nasario, in July this year, and his brother, Jebran Wagner, in September this year. The friend said that Jahvis told him that he did not want to die as they did, by gun violence. The friend said that Jahvis was a youth who was into sports and dancing, not gangs and violence.

Yesterday, Commissioner of Police, Chester Williams, said that there was an ongoing disagreement between the Wagner family and a man, and Jahvis had been receiving death threats. He said the police were aware of the ongoing problem, and that they had intervened and Jahvis had moved away from Dangriga and gone into hiding in another part of the country.

Williams said that police were not aware that he had returned to Dangriga until he was killed on Monday night.

Compol Williams said police are looking for a man who they believe can help the investigation, and that they will be concentrating on Dangriga to address ongoing problems between groups in that town and to try to resolve the issues peacefully.

He said the police’s Commander of Operations will be conducting operations in Dangriga, and they will be targeting individuals who they believe are involved in illegal activities and bent on creating mischief.

Various units of the police will also be involved in the operations, and in December, seventeen additional police recruits will be sent to the town to carry out their on-the-job training. The number of seasoned officers will also be expanded in the town.

Commissioner Williams says they are asking the people of Dangriga to give them time, and have patience with the police until they get the job done.

Jahvis Wagner is the third member of his family to be murdered in the last five months.