Jaswant Brooks, 18, murdered for nothing

Brooks’ decomposing body was found four days after he was reported missing; he is his father’s second son to have been murdered 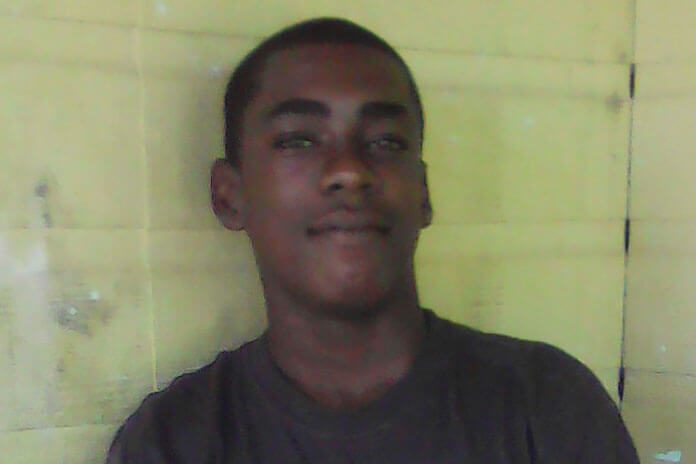 BELIZE CITY, Fri. Nov. 8, 2019– Jaswant Brooks, 18, a laborer of Giles Street, Lake Independence, was reported missing on Monday evening, November 4, when he failed to return home after going to buy some weed on Police Street.

On Friday morning, November 8, his decomposed body was found in the Mile 6 area off the George Price Highway.

After an autopsy was conducted, the cause of his death was declared to be inconclusive. Brooks was buried at the Eternal Garden Cemetery at Mile 13 on the George Price Highway.

Brooks’ family is devastated, and they say that he was abducted and killed for no reason.

Kent “Kenty” Brooks, Sr., his father, told us that Jaswant left home at about 10:00 Monday morning to go to Police Street, in Lake Independence, to buy some weed, and he then disappeared.

He was reported missing that Monday, and searches to find him were mounted.

On Thursday, Kent Brooks, Sr., got information that his son had been beaten and thrown into the river at Mile 6. The police, Coast Guard and Brooks’ family members concentrated their search in the area, but nothing was found.

The search resumed on Friday morning, and at about 11:00, Jaswant’s decomposed body was found in the water near some mangroves. A post-mortem was carried out at a medical facility on the Boom/Hattieville Road, Belize District, and at the conclusion of the autopsy, Doctor Loyden Ken said that the cause of death could not be ascertained due to the advanced state of decomposition of Jaswant’s body.

Jaswant’s father, however, said that he saw a gunshot wound in his head. He believes that his son was beaten and shot, and taken to that area, where the body was discarded.

So far, it is not known why Jaswant Brooks was killed. Those who knew him said that Jaswant was a person who was not violent and was not affiliated with any gangs. Jaswant’s father said that his son mostly stayed at home, and when his son failed to come home by 2:00 that Monday afternoon after going out at about 10:00 that morning, he figured that something had happened to his son, because it was not like him to stay away from home for so long.

Jaswant, he said, would just buy what he needed and come back home. The father said that he will leave everything in the hands of God, who will judge the killer or killers.

Jaswant is the second son of Kent Brooks, Sr., to be taken away by gun violence. His first son, Kent Brooks, Jr., 18, was shot on the night of Wednesday, June 29, 2016. He died 10 days after he was shot. His son had been socializing with Kieran Morrison, 20, in the Lacroix Boulevard area when a gunman emerged and fired at them.

Morrison died almost immediately, while Brooks fought for his life in the Intensive Care Unit at the Karl Heusner Memorial Hospital. He had been shot in his midsection, and was given a slim chance of surviving.

After an immediate surgery, an unconscious Brooks was put on life support at the Karl Heusner Memorial Hospital (KHMH). Ten days later, on Sunday at 8:45 a.m., he was pronounced dead while still connected to the machine.

His father, Kent Brooks Sr., an employee of Amandala, today told us that Kieran’s body had begun swelling, as he had lost both kidneys.

He told Amandala that he will deeply miss his two sons.

Kremandala extends its deepest condolences to Kent Brooks, Sr., and his family in their time of bereavement.