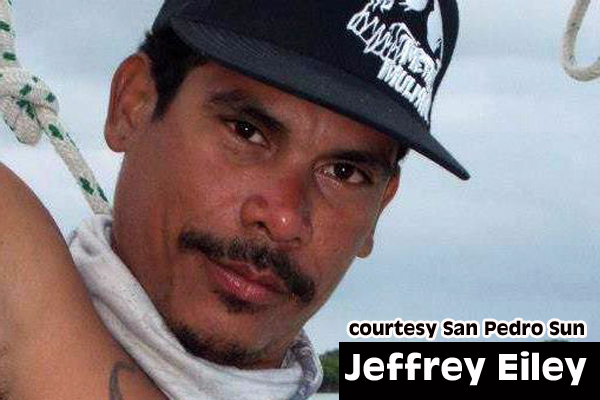 The Eiley and Arceo families of San Pedro are mourning the death of Jeffrey Eiley, 30, who was shot multiple times on Barrier Reef Drive in San Pedro at about 1:30 this morning, Thursday. Eiley was rushed to the San Pedro Poly Clinic, where he was declared dead on arrival.

Residents of Barrier Reef Drive reported that they were awakened from their sleep by multiple explosive bursts of gunfire. Four gunshots were heard first, and a few seconds later, about six more shots were fired.

Shortly after, they heard someone crying out for help. They went out to see what was happening and that was when they saw Jeffrey Eiley, a tour guide of Marina Drive who was well known to them, and who was the nephew of Patty Arceo, bleeding and wounded.

Police responded quickly and took him to the San Pedro Poly Clinic, where he was declared dead on arrival. He was then taken to the morgue at the Karl Heusner Memorial Hospital.

Police say that Eiley was shot in the upper part of the body. Their initial investigation revealed that Eiley and a man he knew were involved in an altercation on the beachfront, but the altercation was stopped by the police.

Eiley reportedly left the area, but upon reaching the corner of Angel Coral Street and Tarpon Street, he was met by unknown person(s) who fired several shots at him.

In August 2011, Eiley was featured in San Pedro Sun for helping to save the life of an American professor who was retrieved from the water near Hol Chan Marine Reserve. Eiley managed to perform CPR on the professor, saving his life.

Eiley is the son of Susana and Norman Eiley, well-known residents of San Pedro. He touched the lives of many in his 30 years of life, and his death is a loss for the community that knew and loved him.