Home Crime Jermaine Belgrave, 33, on trial for the 2011 murder of Cleo Robinson...
CrimeGeneral

Jermaine Belgrave, 33, on trial for the 2011 murder of Cleo Robinson 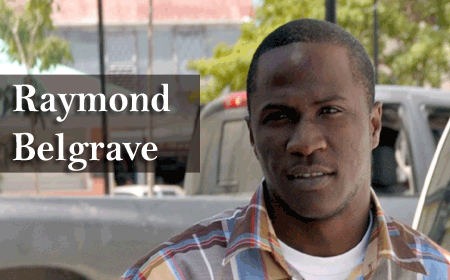 BELIZE CITY, Fri. Mar. 6, 2015–The trial of accused murderer Jermaine Belgrave began yesterday, Thursday morning, in the Supreme Court of Justice Adolph Lucas, who is hearing the case without a jury.

Robinson, who was shot in the abdomen and the back, lived for 16 months before he succumbed to his injuries.

Belgrave was initially charged with attempted murder, use of deadly means of harm and dangerous harm, but after Robinson passed away on June 30, 2011, the charges against Belgrave were upgraded to murder.

After amending the indictment, Lovell told the court, “Given the fact that Mr. Robinson is now deceased, the evidence of the Crown comes in the form of a witness statement that he gave to police.”

Lovell, who is being assisted in the case by Crown Counsel Sabita Maharaj, also told the court that the prosecution intends to call five witnesses.

When the hearing resumed this morning, Friday, the Crown submitted that the two statements obtained by police officer Melendez were the words of Cleo Robinson.

“Robinson,” Crown Counsel Lovell told the court, “was in a relationship with Janice Lynch and was residing at Lynch’s Dolphin Street home at the time when he the Police officer Rudy Melendez recorded the further statement from him [Robinson].”

Officer Melendez also indicated that on July 4, 2011, he received a post-mortem report from Dr. Mario Estradabran in relation to the investigation into the death of Robinson, along with the copy of a death certificate, both in the name of Cleo Robinson.

In response to Lovell’s submission, Belgrave’s attorney, Anthony Sylvestre, told the court that “there is no evidence before the court which would create a nexus that the person referred to in the statement is the defendant Jermaine Belgrave.”

“The Crown, therefore, in the absence of that evidence, would need to adduce alternative evidence to establish that the person to whom reference is made in the statement is the defendant,” Sylvestre told the court.

Sylvestre went on to argue that there was no evidence that Cleo Robinson identified the shooter to anyone.

In his testimony, Meyers narrated how he was at work at the Queen Street Police Station when he was called to go on a crime scene on Glynn Street, where he photographed a black and white beach cruiser bicycle and took samples of a red substance, suspected to be human blood.

Meyers’ photographs were admitted into the prosecution’s evidence against Belgrave.

The second prosecution witness was Joel Robinson, a brother of the murder victim.

Robinson testified that he had received a call from his mother and as a result he went to his brother, Cleo Robinson’s house.

When he arrived at his brother’s Dolphin Street home, he discovered his brother lying in a fetal position.

“I went and examined him. He was not breathing. I checked his pulse and he did not have a pulse. He was not moving, not breathing, and not responding to anything. From my observation, he was dead,” Robinson testified.