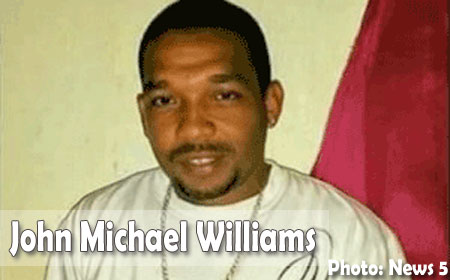 LADYVILLE, Belize District, Wed. Aug. 3, 2016–A 14-year-old boy looking to complete his final year of primary school is now fatherless after his father was gunned down with a home-made firearm at their home in Ladyville.

According to Ladyville police, sometime after 10 p.m., John Michael Williams, 32, was alone at home on Myrtle Waight Crescent when a lone gunman knocked at his door. Williams opened the door to a man who shot him three times. Williams was shot in both hands and once in the head after the gunman demanded money from him. The gunman then fled down the steps of the elevated wooden house and escaped on foot.

Fortunately, Reny Leal, 22, Williams’ girlfriend of two years, and her stepson were not at home when this incident occurred, as they had gone in their family vehicle to assist a friend in the area. However, upon return they found Williams apparently dead.

Upon processing the crime scene and combing the immediate vicinity, police discovered two single-shot homemade guns that shoot 9mm bullets, believed to have fallen from the killer as he ran from the crime scene.

According to ACP Edward Broaster, intelligence gathered has led them to a suspect who had recently received two Supreme Court bails after being remanded in May for attempted murder, on Marage Road and a subsequent robbery in July.

At this time, the suspect has not been detained and is listed as a wanted man.

John Michael Williams, a welder by profession described as a loyal spouse and loving father, will be laid to rest on Tuesday.