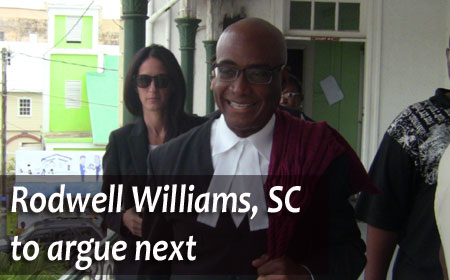 BELIZE CITY, Thurs. June 18, 2015–Supreme Court Justice Courtney Abel today began to hear the legal challenge which was filed by businessman Michael Feinstein against the Government of Belize, and which opposes the manner in which the US$7 head tax is collected by the Belize Tourism Board (BTB) from cruise passengers and distributed mostly to the private owners of the Fort Street Tourism Village (FSTV), which collects more than half the pie.

While the court has yet to hear counsel for the FSTV, it did hear arguments today from attorneys for Feinstein and the Government of Belize.

Speaking with the press this evening, Feinstein explained that the central claim he is making is that it is illegal for the government to collect and distribute the head tax in the manner that it has been doing.

Feinstein is one of the original investors of the FSTV, but he later sold out to Royal Caribbean – which also wants to buy out Feinstein’s new project.

Feinstein plans to invest US$100 million in a new cruise port at Stake Bank, but under the existing agreement which Royal Caribbean has with the Government of Belize, the FSTV was awarded exclusivity as the cruise port for the Belize District – an exclusivity which Feinstein’s attorney, Andrew Marshalleck, SC, says has placed restrictions on his client, which they are now challenging in court. 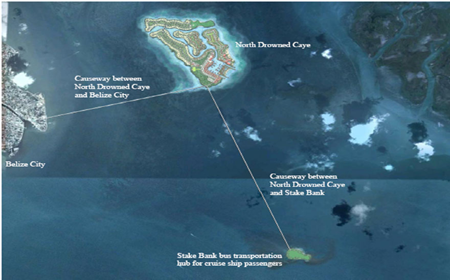 This evening, Nigel Hawke, Deputy Solicitor General, contended in court that what is called a head tax in the cruise port’s agreement with the Government is really “an administrative fee.”

However, Justice Abel noted that the very agreement which the Government signed with the FSTV specifically calls it a tax.

“The onus is on you to explain to the court how this so-called tax is not a tax, but an administrative fee. You pin that one down for me,” Justice Abel told Hawke.

Hawke offered a definition to the court, saying that a tax imposes a pecuniary burden on individuals or property to support the Government and payment is enacted by legislative authority.

The judge questioned what benefits the people and the State of Belize have received from the US$4 portion paid to FSTV out of the US$7 head tax. Perhaps Michael Feinstein can be asked to repay all the monies he had received when he was part-owner of the FSTV, the judge queried.

“That is another issue. We don’t want to go there,” Hawke responded.

We put this question to Feinstein (outside the court), asking him whether he was concerned that if the head tax is declared illegal, he could be required to repay monies he had received under the arrangement to the Government of Belize.

“No, no, no! Absolutely not!” he replied. He said that at the time, he did not have legal advice indicating that the head tax regime is illegal.

Marshalleck told reporters that FSTV, in its exclusive contract, sought to secure their bottom-line even in relation to the new development, Stake Bank, and as the contract now stands, the head tax paid by persons who pass through the new facility would still go to FSTV, even though FSTV would not have invested in the project, and it would not be providing services to those particular tourists. 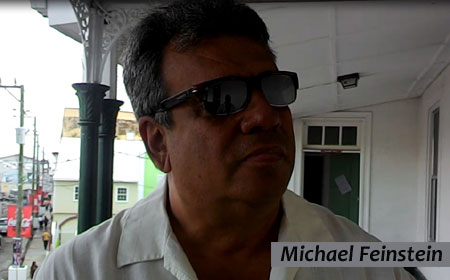 Marshalleck also contends that under the Belize Constitution, all monies raised by the Government must go into the Consolidated Revenue Fund or some other public fund established for that purpose. So the funds collected by the Protected Areas Conservation Trust, which receives US$1 from the US$7 head tax, goes into a special fund, by law.

Also, monies collected by the Belize City Council and the Town Councils go into a special fund, but Marshalleck points out that there is no tourism endowment fund or similar fund established by the BTB into which the head tax is paid.

He said that the legal difficulties arise from how the Government charges, collects and spends the head tax, which, he argues, is not done according to the requirements set out in the Belize Constitution.

We asked Marshalleck whether the new head tax legislation that the Government promises to pass in the House of Representatives next Friday addresses any of these areas of concern for his client. He said that he expects that it will address the concerns of his client.

Prime Minister and Minister of Finance Dean Barrow had indicated several weeks ago that he intends to introduce legislation to validate the head tax retrospectively, in light of the challenge filed by Feinstein against it. 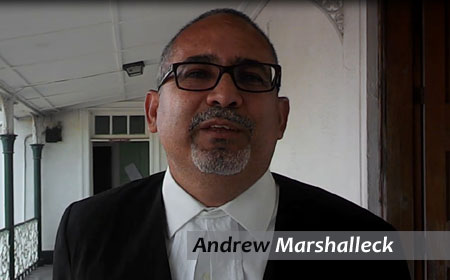 In court, Hawke pointed to the fact that Feinstein himself once benefited from the head tax regime.

“You benefited from the same thing you are saying it is a tax… You’re blowing hot and cold… Then it was good for you; now it is not good. You’re approbating and reprobating,” said Hawke.

The case of Feinstein vs. the Government of Belize is adjourned until tomorrow. The court has yet to hear arguments from Rodwell Williams, SC, attorney for FSTV.