He is the father of a child who died of suffocation 3 weeks ago.

LADYVILLE, Mon. Nov. 16, 2020– Ken Francis Faber, 50, a Belizean seaweed salesman from Ladyville, died from injuries he sustained during a traffic accident on the evening of Thursday, November 12.

At around 11:30 p.m., police responded to a report of the accident and went to the scene near Mile 9 on the Philip Goldson Highway, where they found a silver Hyundai Tucson that had crashed against a North Gas Station meter post near Sky City complex. 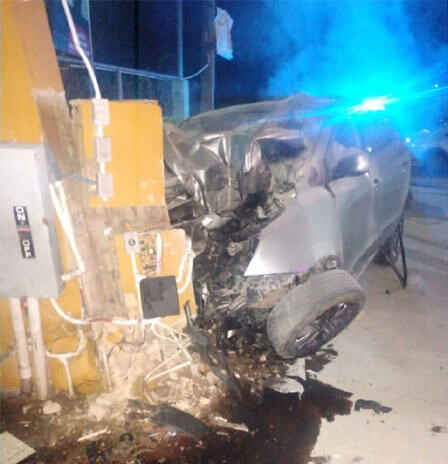 An investigation revealed that Francis was driving on the highway toward Belize City from Ladyville when he lost control of the vehicle and collided with a concrete electricity meter on the left side of the highway.

He was observed with head and body injuries and was pronounced dead by paramedics.

Faber is the father of a three-month old baby who was accidentally suffocated on Saturday, October 31, when his mother suffered an epileptic attack and pressed the infant onto her chest.

The vehicle in which he was travelling was borrowed from a cousin to be used for errands for the child’s burial, but in a tragic twist of fate, he, too, lost his life.