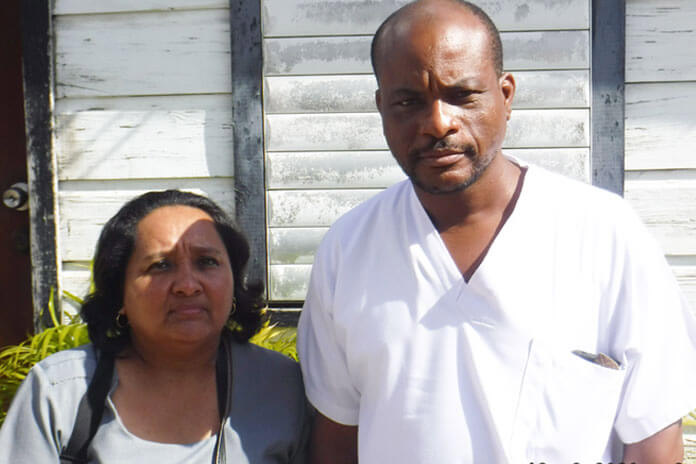 They instead will engage the National Referral Committee with a petition

BELIZE CITY, Wed. Mar. 18, 2020– The Karl Heusner Memorial Hospital Workers Union was scheduled to hold a demonstration yesterday evening to protest government’s decision to put an isolation unit for treating COVID-19 patients on the KHMH compound. When we checked with the union’s vice president, however, we were told that the protest was not going to occur because the necessary police permit could not be obtained.

Vice president of the union, Andrew Baird, told us that the union would instead write a petition to the National Referral Committee, which is chaired by Prime Minister Dean Barrow and co-chaired by the leader of the Opposition People’s United Party, Hon. John Briceño.

The KHMH Workers Union is of the view that putting the COVID-19 isolation unit at the KHMH would be putting the entire national referral hospital at risk.

Baird told the media yesterday, “We still believe that we are putting the only national referral center and the only tertiary care institution at risk to be quarantined, and the services that the institution provides for the nation is at risk.

“We went back this morning again to the office of the CEO and management and to state the position of the staff. The position remained the same, that it is still no. We also had the demonstration denied by the Police Department on the reason that it will be considered as mass gathering outside of the restrictions that the Prime Minister and Oversight Committee have put in place.

“We explained to the police that it was not a restriction that we cannot have a demonstration, but not more than one hundred people per place. So we said that we would have done the ninety-nine persons with a distancing of ten feet or so from the other group…”

The president of the KHMH Workers Union, Lidia Alpuche-Blake, said that the union is circulating the petition among the KHMH staff, and so far they have collected some 250 signatures.

“We are going to officially write to the COVID-19 Oversight Committee that is chaired by the Prime Minister and Leader of the Opposition with the signatures, and what the KHMH employees are asking them to look at,” Blake said.

Blake further stated, “We were invited right after the meeting to the office of the Leader of the Opposition. So we sat with the Leader of Opposition and he is co-chair of the Oversight Committee and we have presented our side. He says he is going to take everything and make a call to the Prime Minister and put in a word for us, like say, let’s listen to this guy.”

“We went through what are our concerns, what we think could be the implications for the entire health system of the nation … so we laid it to the table for him,” Blake said.

On Monday, the Oversight Committee announced that no more than 100 persons are allowed to be gathered in public or private places.

The KHMH Workers Union had the support and solidarity of the Belize National Teachers Union, which had called on its members over the weekend to lend their support by turning up on Tuesday evening dressed in their green T-shirts.