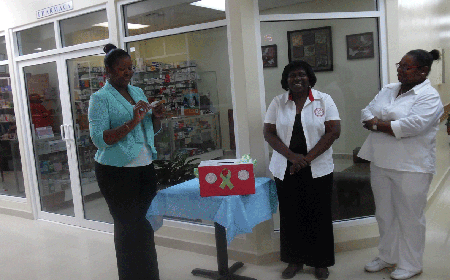 BELIZE CITY, Thurs. Jan. 28, 2016–Today at the Belize Healthcare Partners facility, the Kidney Association of Belize held a raffle through which they were able to raise $18,000, and they say that they intend to make the raffle an annual event.

Ruby Nicholas, president of the Kidney Association of Belize, said that the purpose of the raffle was to raise funds to assist some of the 105 dialysis patients who are in need of treatment; the others are receiving treatment otherwise, he said.

Nicholas said that according to their records, 122 patients have died over a five-year period because of not being able to receive dialysis treatments with sufficient regularity.

The assistance to be rendered to some dialysis patients through the Kidney Association of Belize is welcomed, since the cost of such treatment is very high; one dialysis costs $200.

Nicholas said that patients need three dialysis treatments a week, which amounts to a weekly cost of $600. Nicholas added that other stakeholders have partnered with them to render assistance.