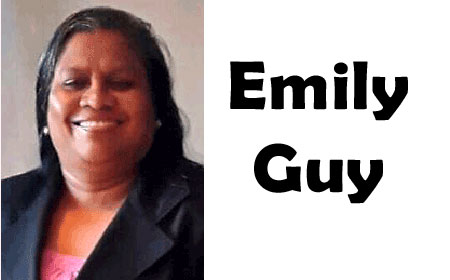 BELIZE CITY, Mon. Aug. 1, 2016–A Belize City man whose blood/alcohol level was above the prescribed limit on Saturday morning, when he drove his SUV into the sidewalk on East Canal, fatally injuring one woman whose leg had to be amputated at the KHMH before she died, was remanded to the Belize Central Prison this afternoon when he appeared in the Magistrate’s Court on manslaughter by negligence and other accident-related charges.

Two other women were also injured in the early morning accident, which occurred during the busy market hours. The accident occurred across the canal from the Novelos Bus Terminal.

Victor Gibbs, a sales coordinator at Benny’s, appeared in Magistrate’s Court #8 before Magistrate Aretha Ford, who read six indictable offences to him. 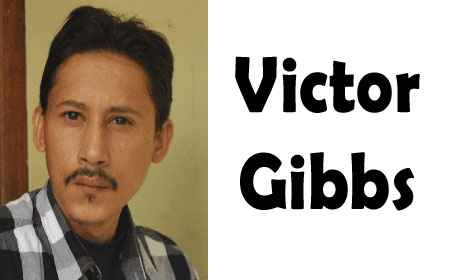 Before reading the charges, however, Magistrate Ford explained to Gibbs, 29, that the charges are indictable and that she would not ask him for a plea, because once there is a prima facie case against him, it would be sent to the Supreme Court for trial.

The allegations against Gibbs are that on Saturday, July 30, 2016, at about 6:30 a.m. at the junction, of King Street and East Canal, he caused the death of Emily Guy, 54, through the reckless use of a motor vehicle, namely a Dodge Caliber. He was charged with manslaughter by negligence.

In addition, Gibbs was charged with causing death by careless conduct and driving a motor vehicle with the alcohol consumption above the prescribed level.

Police also charged Gibbs with two counts of negligent harm. One count is for harm sustained by Francis Hinds, 34, a resident of Trial Farm, Orange Walk District, and for harm caused to Stephanie Pouchie, 41, an accountant of Buttonwood Bay, Belize City.

Apparently, the three women were standing on the sidewalk giving out tracts. Eyewitnesses at the scene said the vehicle went onto the sidewalk and rammed into the women, pinning Emily Guy, a government employee at the Treasury Department, to a lamp-post before it stopped.

Gibbs is also facing a charge of driving a motor vehicle without due care and attention.

The court prosecutor, Noel Muschamp, objected to bail being granted to Gibbs on several grounds.

Muschamp’s first ground was the prevalence of the crime, for which fatality is on the rise, he told the court.

Muschamp also objected on the ground that the conduct of the driver was reckless, since he used the road in an improper manner not specified by the law.

Based on the fact sheet, Muschamp continued, the accident happened on the sidewalk, specified under law for pedestrians, and because of his gross negligence, he not only caused the death of the victim but also injured two other persons who were on the sidewalk.

If the defendant is released on bail, there is a high possibility that he would be behind the wheel of another vehicle, Muschamp told the court.

Magistrate Ford then asked Gibbs why the court should offer him bail.

Gibbs explained to the court that he was in bed when someone asked him for a drop. He said that he has never been arrested before, and did not know what the inside of a police station looked like before this incident.

After Gibbs finished giving the court the reason why he should be granted bail, Magistrate Ford told him that she would uphold the prosecutor’s objection to granting him bail and remanded him to prison until his next court date on October 3.

Magistrate Ford told Gibbs, who was unrepresented by an attorney, that he could apply to the Supreme Court for bail.