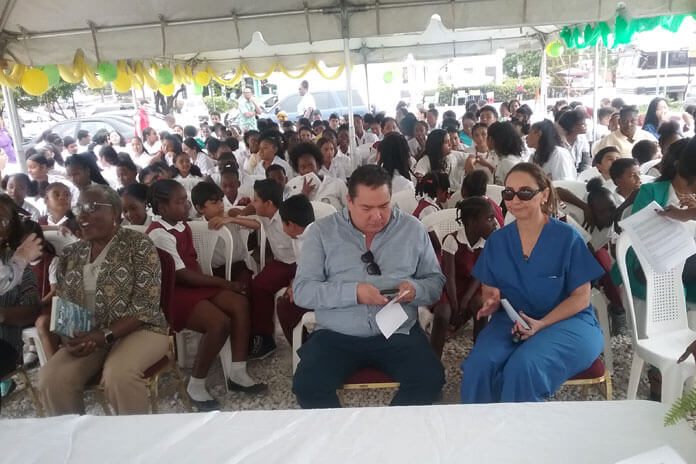 BELIZE CITY, Thurs. Jan. 30, 2020– The Leo Bradley Library is celebrating its 25th anniversary of service to the nation. The anniversary was celebrated at an event held at the library on Princess Margaret Drive in Belize City, which was attended by high school and primary school students.

In her address to the attendees, Luseola Castillo said that the library began in 1994 to serve and educate the public and has since greatly expanded. Its expansion has led to the library’s adoption of digital technology, and the modern methods and tools for accessing information quickly and reliably.

She said that although phones are often internet-connected for quick access to information and entertainment, the library remains important, as a place where people can gather and still get quick and reliable information.

She acknowledged that the development of the library to its high standard today is due to the hard work and dedication of many persons.

In her address to the audience, Debby Domingo gave some highlights of 1994 when the library began. She encouraged the students and the public to make much use of the library.

Feature photo: Some of the attendees at the Leo Bradley Library’s celebration