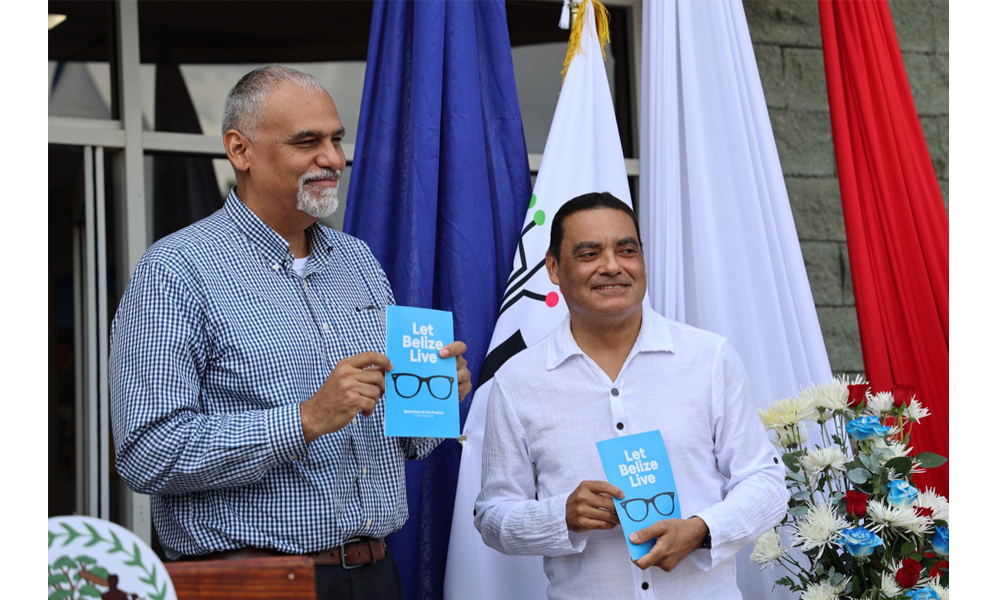 Last Friday, January 13, the National Institute of Culture and History (NICH) through the Institute for Social and Cultural Research, in collaboration with the Belize Archives and Records Service, the Belize National Library Service and Information System, the George Price Centre for Peace and Development and the University of Belize, launched the ‘Let Belize Live: Speeches from the Premier’ Exhibit being held in honour of the Father of the Nation, the Rt. Hon. George Price. With the goal to inspire national pride, patriotism and nation-building, the exhibition features 12 speeches made during his time as Premier of Belize from 1964 to 1981, and was formally opened on Friday at the George Price Centre for Peace and Development in Belmopan.

In his keynote remarks on the occasion, Hon. Francis Fonseca, Minister of Education, Culture, Science and Technology, spoke on the historical significance and relevance of the exhibition and congratulated those involved in making the initiative a reality.

According to the NICH press release on Friday, the public was invited to visit the exhibition which would be open for visitation on Monday, January 16, between 9:00 a.m. and 3:00 p.m. Monday, January 16, was a national holiday given in lieu of January 15, in commemoration of the birthday of Rt. Hon. George Price, Father of the Nation.

“The exhibition will remain on display until September 30, 2023. Walk-in visitation can be done on Tuesdays and Thursdays and visitation by appointment on Mondays, Wednesdays, and Fridays. Appointments can be made by calling the George Price Centre at 822-1054.

Official transcripts of the featured speeches are also available for viewing at www.501academy.edu.bz/the-history-club

“The presentation of the book entitled ‘Let Belize Live: Speeches of the Premier’ also followed the opening of the exhibit.”