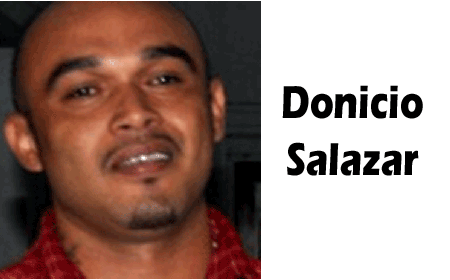 On Friday, May 6, Salazar’s case was heard before Justice Antionette Moore, without a jury, and Salazar was sentenced to life imprisonment for Rivera’s murder.

The incident occurred on June 13, 2010. Rivera, Dean Dougal and Dougal’s girlfriend went out partying. They saw Salazar, with whom they were not on good terms, at a nightclub and decided to go to another nightclub. However, Salazar apparently made his way to that nightclub, as well.

As a result, the trio decided to go home. They went to a taxi stand, but while waiting for a taxi, they came under gunfire. Dougal was shot three times, but managed to survive the deadly attack. Dougal’s girlfriend was unharmed, but Rivera was not as fortunate; he was shot twice and died from his injuries.

On July 2, 2015, Salazar was acquitted for the June 28, 2004, murder of Rodney Richard August, 22, which was Salazar’s third trial. In his first case for August’s murder, Salazar was found guilty on December 1, 2006, in the Supreme Court of Justice Adolph Lucas.

The Court of Appeal, however, set aside that conviction and ordered a retrial on the ground that the only identification of Salazar by main prosecution witness, Janelle Longsworth, came as a result of a dock identification and the trial judge had failed to direct the jury to be cautious about the identification.

In his second trial in 2010, before Supreme Court Justice Herbert Lord, Salazar was acquitted on a no-case-to-answer submission, based on the premise that there was no identification of him as the assailant who chopped August. (Longsworth was out of the country when Salazar’s second trial began.)

Even after his acquittal on July 2, 2015, however, Salazar was still not given his freedom, since he was on remand for Rivera’s murder and the attempted murder of Dougal.

However, in this, his second case of murder, he was found guilty and sentenced to life imprisonment.