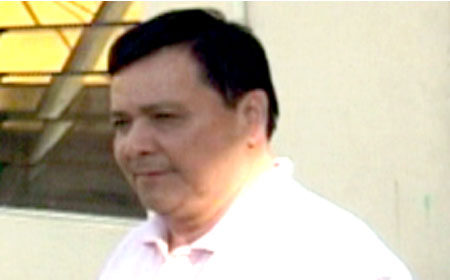 BELMOPAN, Wed. May 13, 2015–The Football Federation of Belize (FFB), today sent out a short press release to note that its former senior vice president, Rawell Pelayo, has tendered his resignation from that post.

Without going into details regarding the circumstances surrounding his departure, the federation mentioned that Pelayo resigned last Saturday, May 8, after being offered the opportunity to “devote time to his family” and “submit his resignation at his own free will.”

Pelayo – who pleaded guilty to conspiracy to commit narcotics trafficking in a New York courtroom on June 30, 2014 – was deported to Belize a month ago, on April 7, after spending 21 months behind bars.

The conviction, which is in contravention of FFB statutes, disqualified the well-known Orange walk resident and FFB Executive member from the organization, which had been considering his expulsion, but later decided to allow him a more orderly exit via resignation.

The FFB concluded its release by stating that the post of vice president “will be filled by someone within the football family” which, we understand, will take place at an FFB Extraordinary Congress that should be held in the near future.

In July 2013, Pelayo was detained by US federal agents at the George W. Bush International Airport in Houston, Texas, while travelling with the Belize National Football Team to the CONCACAF Gold Cup tournament which was being held in Portland, Oregon at the time.

He later made a plea bargain in June of 2014, and pleaded guilty to conspiracy to facilitate the sale of 500 grams of cocaine, and was later sentenced to 24 months in prison in October of that year.