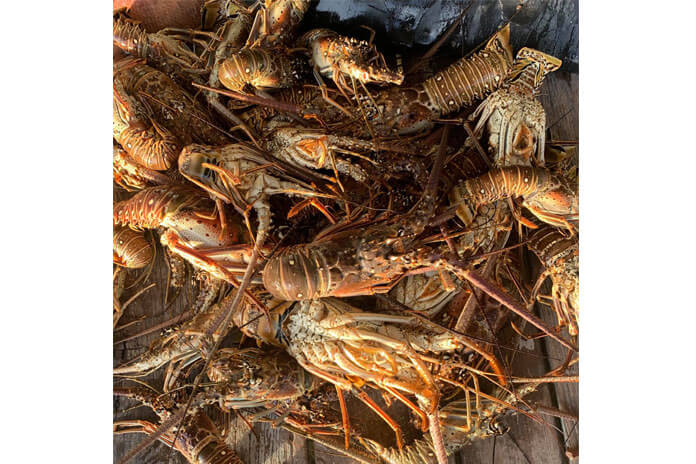 During the last lobster season, approximately 677,490 pounds of spiny lobster tails; 26,941 pounds of lobster head meat and 255,203 pounds of whole lobster were produced, and lobster exports netted US$12.5 million in revenue for the country.. A release from the Government of Belize Press Office says, “Belize’s blue economy is life and livelihood for our people”, and the government is thus encouraging all fishers and consumers to adhere to regulations related to the harvesting and consumption of the spiny lobster, in order to ensure continued availability of the species.

As detailed in the regulations, persons are prohibited from buying, selling or having in their possession, any spiny lobster that is “berried” ((has eggs) or has a cape length of less than three inches or tail weight less than four ounces, unless they have been granted a special license for aquaculture purposes from the Minister of Blue Economy. In addition, no one should be in possession of lobsters that are soft shelled. Buying, selling or possessing fillet or diced lobster tail meat is also prohibited unless a special permit has been granted by the Fisheries Department.

Yesterday, June 30, just one day before the opening of the spiny lobster season, two fishermen were intercepted and later detained for unlawful possession of lobster meat. Turneffe Atoll Sustainability Association (TASA) rangers alongside the Coast Guard intercepted a Belize City skiff named Mac Alex Di-First. When they searched the vessel, they found 189 lobster tails, 39 of which were soft shells. The vessel, fishing equipment and lobsters were confiscated and will be held in order to be presented as evidence against the perpetrators.