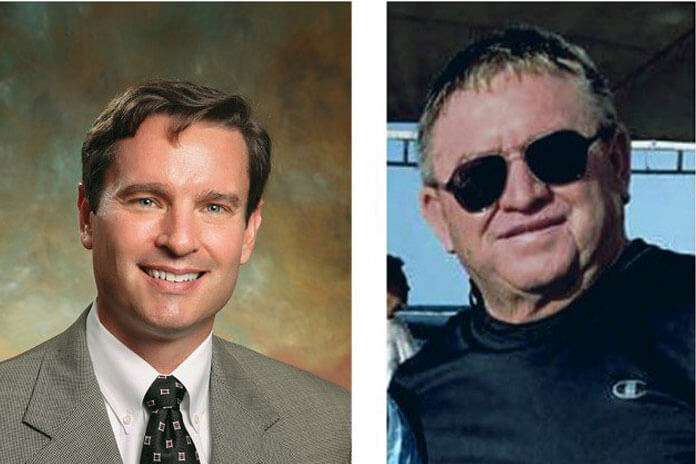 SAN PEDRO, Ambergris Caye, Thurs. Feb. 13, 2020– The main suspect in the double murder of San Pedrano, Mario Graniel, Jr., 53, a tour guide of San Pedro, and American doctor, Gary Paul Swank, a tourist visiting San Pedro, which occurred in the San Pedro Lagoon at about 11:00 Sunday morning on June 23, 2019, has been killed in Guatemala.

The announcement was made on Tuesday by Police Commissioner Chester Williams.

Williams said that an ongoing investigation into the shocking double murder led to a man in Benque Viejo who was suspected of being the killer, but as they were about to move in on him, the suspect went on the run.

Belize’s police department enlisted the cooperation of Guatemala police in Melchor De Mencos to look for the suspect in the Melchor area, but Williams was informed by the Guatemalan authorities that the suspect had been killed. The circumstances of his death have not been revealed.

That fatal Sunday morning, Graniel and the doctor were doing fly fishing in the San Pedro lagoon when a boat drove up to them and a man fired at them, hitting Graniel and the tourist multiple times. The boat then sped away.

Police said that they were informed about the shooting and went to the area, about one mile north of San Pedro Town.

There, they saw a boat, JOHNNY G, which belonged to Mario Graniel, and he was found suffering from multiple gunshot wounds to his chest, abdomen and leg. He was already dead.

About fifteen feet away from the boat, they saw Swank floating face-down in the water. There were multiple gunshots in his head and body. He was also dead.
The motive for the murder of the tour guide and his guest is still not known.