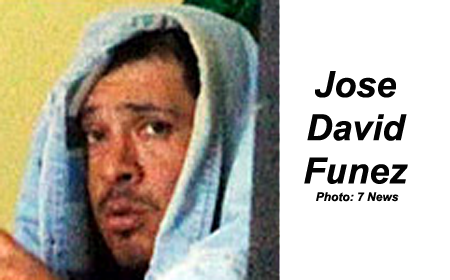 BELIZE CITY–Jose David Funez, 33, of a Sibun Street address, has been remanded to the Belize Central Prison until February 12, 2015, on charges of keeping an unlicensed firearm and keeping ammunition without a gun license.

Police reported that that at about 9:00 Wednesday night, they were on mobile patrol on Sibun Street when they saw a man throw a shiny object in the bushes when he saw them coming.

They immediately stopped, detained the man and recovered the object, which was a .38 Special revolver, loaded with 4 live rounds.

When the gun was recovered and shown to Funez, he objected strongly, saying that the gun was not his, and that he did not know anything about it.

Police, however, insisted that they saw him throw the gun into the bushes.

Funez was taken to court on Friday, where he pleaded not guilty, and was remanded.