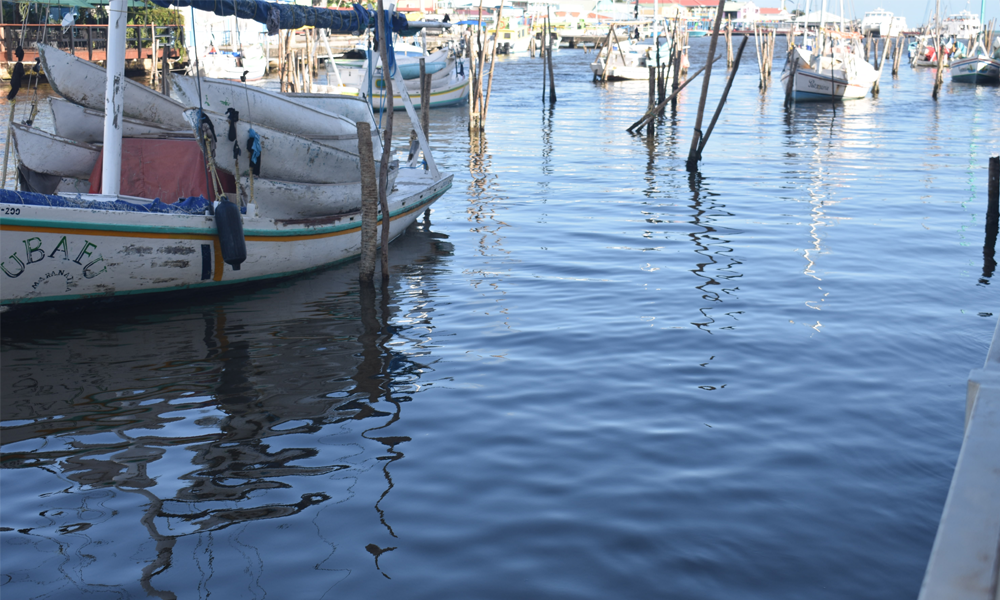 The body of a man was seen floating in the Haulover Creek near the Swing Bridge in the heart of Belize City on Monday, January 23. The dead man has yet to be officially identified; however, a number of persons recognize him as an individual known by his surname “Ramos” who has often been seen hanging around the downtown area.

Information is scarce as of print time, but reports are suggesting that at around 2:00 p.m. Ramos was spotted by Roy Cox, a security guard working at the Commercial Center and City Hall, floating in the water. Cox, alerted two police officers who were in the area and they had the motionless body of Ramos picked up with assistance from crew members of a passing boat and transported to land. The body was later transported to the morgue.

Cox noted that he last saw Ramos alive around 11:00 a.m. today and he was told by some men around the area that before Ramos passed away, he had followed behind his dog, who was swimming in the water. However, while the dog later came out of the water, Ramos presumably drowned.