Mark Faber, 31, sentenced to 7 years for burglary and 6 months for handling stolen goods 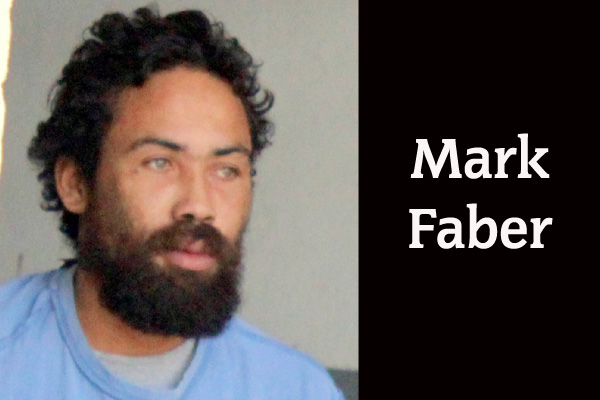 Today, Mark Faber, 31, a resident of Biscayne Village, was sentenced to a 7-year and 6-month stay in prison for burglary and handling stolen goods, respectively. The sentences are to run concurrently and were imposed on Faber after Chief Magistrate Ann Marie Smith found him guilty of the offenses.

According to the two police officers who caught Faber red-handed, at 11:55 p.m., they were on mobile patrol in the Ladyville area when they approached the junction of the highway and the Burrell Boom/Hattieville Road, on the Philip Goldson Highway.

As the driver of the police vehicle slowed for a speed bump, he and the other officer observed Faber standing beside a shop known as Burritos Place, and stretching his hand inside the shop through a window. When the officer searched Faber, he found two packs of Pan Crema biscuits in the front left pocket of his pants, and observed empty biscuit and chip packaging around the area where he was standing. The officers also noticed that the window by which Faber was standing, showed visible signs of being pried, or forced open.

Faber challenged the police officers’ testimonies, and went as far as using two packs of Pan Crema biscuits in a presentation which was an attempt to prove his innocence. Faber told the court that he was wearing the same clothes he had on that night and he tried to push the two packs of biscuits together in his pocket; they could not fit, which he suggested was proof that he could not have carried out the theft of which he was accused.

In his defense, Faber told the court that he was out on the highway at that hour waiting for a ride to take him home to Biscayne.

But during Sgt. Pinkney’s cross-examination, he was effortlessly able to place the two packs of biscuits into Faber’s pants pocket, as long as he did so one by one, and together, as Faber had tried.

The Chief Magistrate did not believe Faber’s story and found him guilty of the crimes. This was Faber’s second conviction for burglary, hence the 7-year sentence.