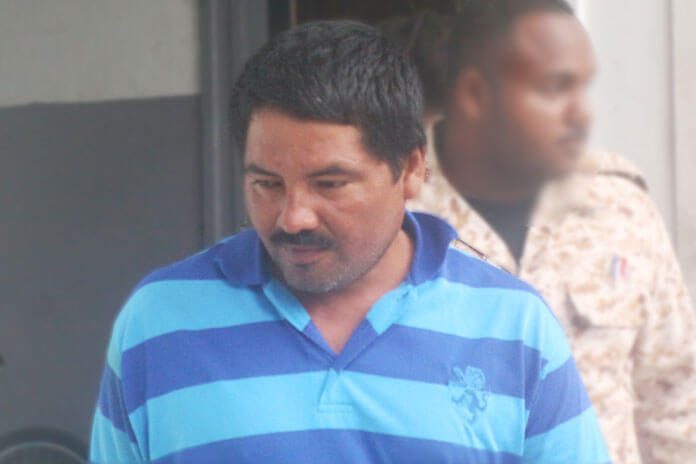 BELIZE CITY, Fri. Nov. 22, 2019– Vicente Adan Cerraras, a farmer of Maskall Village, was remanded to the Belize Central Prison this afternoon after he was arraigned on two counts of unlawful sexual intercourse with a 14-year-old girl.

Cerraras appeared before Senior Magistrate Tricia Pitts-Anderson, who arraigned him on the two counts of the indictable offence.

The Senior Magistrate explained to Carraras that the court would not take a plea from him, because after a preliminary inquiry is held, if there is sufficient evidence against him, his case will be submitted to the Supreme Court, where he can enter a plea.

Magistrate Pitts-Anderson also explained to Cerraras that the court would not offer him bail.

Cerraras was remanded until his next court date on January 17, 2020.

The first of the two alleged acts of unlawful intercourse allegedly occurred in the Belize District, sometime in the month of June 2019, when the complainant was 14 years and 8 months old.

The second incident allegedly occurred on August 26, 2019, when the complainant was 14 years and 10 months old.