Mayor says security workers have been paid what they are due 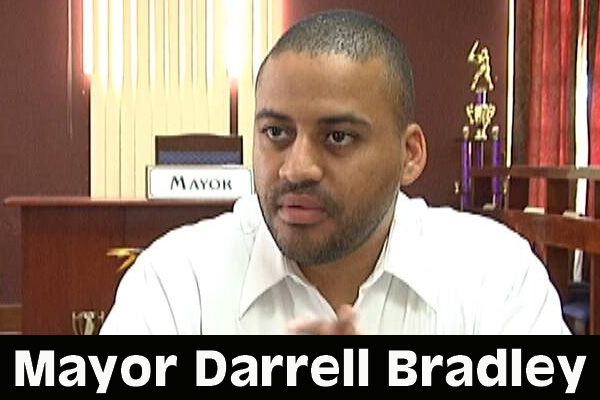 This morning, Belize City Mayor Darrell Bradley sought to clear up certain allegations which were made by several of the 26 security officers whose final day of work at the City Council culminated last Friday, February 14.

The workers were claiming that they left the council with a bad taste in their mouths because CitCo let them down when it was time for them to collect their final payments.

For that reason, they rained fire and brimstone on the Mayor and his council, arguing that their monies were late, and that the figures on the cheques did not reflect the sums that they were supposed to have gotten.

This Tuesday, CWU President, Audrey Matura-Shepherd, explained to Amandala that by law, the Council has ten days to pay off their former employees, but censured the Mayor for failing to notify the workers and/or their union of the council’s intent to take that route.

Today, however, the Belize City Mayor begged to differ. Mayor Bradley informed Amandala that as far as he knows, the workers have all been paid their outstanding payments in full. “Every single person has been paid exactly what they are due. We had agreed that we would give full payment in lieu of notice [pay], and in respect to 4 of the 25 persons who were affected by this redundancy, we agreed to make certain ex-gratia payments. The ex-gratia payments are outstanding simply because we have not finalized how many employees will go with the new contractor and it’s based on that”, he clarified.

According to Bradley, workers who have transitioned to the new company will be paid at the same base rate and therefore, they ought not to collect any ex-gratia payment since they are being provided with a job at the same rate. The Mayor said that the agreement with the union was that those people would receive minimal compensation which would have meant that they would be collecting 2 weeks’ payment.

He then mentioned that those who were not offered employment with the new contractor would have been given up to 4 weeks ex-gratia payment to compensate for the time period in which they will be looking for alternative employment. “One of the difficulties”, stated Bradley, “is that we were shifting between personnel and the contractor had offered some of these persons jobs; some said that they will take it, others said no, so the figure in regards to how much he has taken has still not been finalized. So, it’s only in respect to the ex-gratia payments, but all other payments that they were due under the Labor Act have been given to them, including their salary, notice, severance and everything else.” The Mayor told us that he indicated to the General Secretary of the CWU, Mr. Neal, that if any payments were made in error, the union was to simply write him a letter with the names and amounts of the workers who were affected and the matter would have been dealt with immediately.

Although the CWU’s president had told us that they wrote to the council about those issues on Monday, Bradley asserted, “I have yet to receive any letter from the CWU putting us on notice about any kind of error, miscalculation or shortage made in respect of any of these workers, so we are at a loss as to which of the workers were shorted and what amount they were shorted.”

The Mayor admitted to receiving a total of 4 letters from the CWU, but he says that none of those letters addressed any concerns about any worker who was jilted.

A scheduled meeting between the Mayor, the CWU and the new contractor to discuss the new terms for the workers has still not taken place because the Mayor was not available at the time.

Mayor Bradley however, stressed that he wasn’t needed to broker the meeting because the union could have arranged the meeting with the contractor by themselves. He stated, “While this is important, this is not the only thing that the council does. You [as the union] don’t need me to set up a meeting with this new employer. Any union can contact any employer if you have union members who are employed there. Why is it that you need me to do that?”

He explained that his council stands willing to cooperate with the CWU and the Labor Commissioner to ensure the smooth transition of the workers.

Bradley told us that according to his understanding, all the employees who are now working with the new security firm have received letters with the terms and conditions of the employment.