Mental patient “disappeared” over a year ago from mental institution 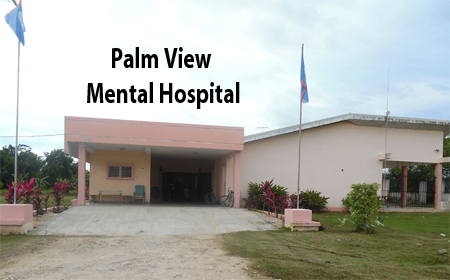 BELMOPAN, Wed. Jan. 20, 2016–A mentally challenged patient, 34, went missing from Palm View Centre Hospital (formerly “Rockview”), Maya Mopan, Belmopan, over a year ago, but the incident went under the radar.

It resurfaced, however, when her daughter, Siera Hodgson, 20, came to Belize to visit her birth mother for the Christmas holidays, only to be told that she has been missing for over a year. As a result, Hodgson contacted the media to try to help her in finding her mother, since she felt that the authorities have failed her and her mother.

Hodgson, who has lived in Scotland for six years with her adopted mother, Susan Hodgson, told Amandala that on December 26, 2015, she went to the Palm View Centre Hospital, only to be told that her mother was missing.

Hodgson said “I went to see my mom with gifts and food, and I was looking forward to it, because that was the main reason I came to Belize. We were stopped at the front desk and asked to wait for her. I was with my adopted mom and friends, and they came back to us ten minutes later to say, ‘Oh, I have bad news – your mother is missing. She ran away. I thought you knew because I kept asking my supervisor if they contacted the child.”

Hodgson is distraught over the situation and wonders why the Centre, which has her contact information, was not interested enough in the case to contact her. Hodgson does not believe what the center told her.

She said, “She [her mother] is not a runner, and their stories were all wrong… the institute was supposed to keep her safe, and now I feel they are covering up something.”

On January 12, Amandala received a response by email from the Ministry of Health on Mary Castillo’s missing status. According to the letter, Castillo was a patient since August 17, 2006, until October 2, 2014, which is the day the institution claims that she “absconded.”

The letter confirmed that Hodgson, Castillo’s daughter, visited her annually, but it stressed that they did not have a contact number for Hodgson. Attempts were therefore made to contact her by facebook on October 6, 2014 and October 22, 2014, but to no avail, the letter said.

The letter went on to say that the Ministry of Health, Western Regional Management and Palm View staff regret the manner in which Siera Hodgson found out about her mother’s disappearance, and added that the staff of the Palm View Center sought appropriate avenues to pass on the information in a timely fashion.

When Amandala contacted the Palm View Centre Hospital, however, we were told that the matter was “under investigation;” therefore, they were not commenting.

Stephanie Grinage, Deputy Officer in Charge of Belmopan police, told Amandala that on October 2, 2014, Mary Castillo, 34, was reported missing, and that she was seen at least twice after going missing, but those leads did not result in anything substantial.

Grinage added that on August 30, 2015, they found bones in the Salvapan area, Belmopan, where there were reports of sightings of Castillo.

David Henderson of the Forensic Lab told Amandala that they were able to see Hodgson before she left the country to return to Scotland, and took vocal swabs to see if her DNA would match those of the bones that were found.

Henderson said it would take a while before they would have the results, since such samples need to be sent to Miami for testing.

ORANGE WALK TOWN, Mon. Jan. 13, 2020-- The tomb in which Emil Escalante, 27, was buried was vandalized and his coffin was removed and...
Read more
General