“Migrant” thieves captured and beaten in Guinea Grass by residents 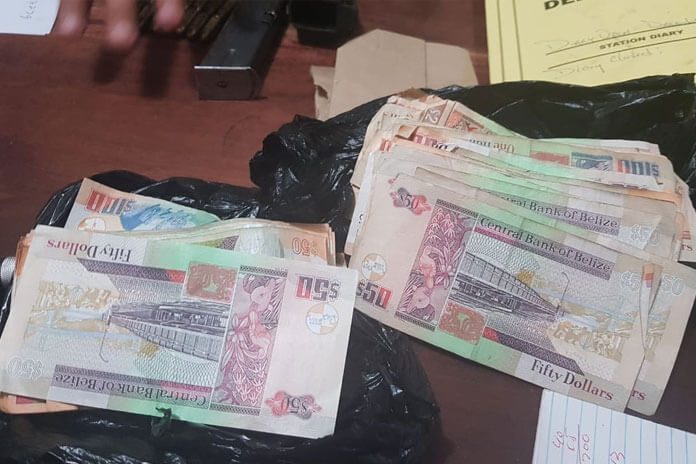 GUINEA GRASS, Orange Walk District, Fri. Dec. 13, 2019– Two thieves who migrated from Belize City to commit robbery in Guinea Grass were found hiding near the water reservoir in the village by the villagers, who have a zero tolerance for thieves.

The angry villagers captured and beat the two thieves, and then handed them over to police, who have detained them pending charges of aggravated robbery, and being without possession of a gun license.

The robbery occurred at about 7:30 tonight. Guo Wie Wu, 55, a businessman of Guinea Grass, told police he was in his store when three armed men wearing camouflage clothing entered the store, pointed a gun at him and demanded money. Meanwhile, the two other bandits began to steal items in the store and stole all the money from the drawer of the store’s cash register.

They escaped out of the store with an undisclosed amount of money, along with two cell phones.

Police said that when the two of the three men were found, they had the two cell phones that were stolen from the store. They were also found with a 9mm pistol loaded with 14 rounds, along with some money and camouflage clothing.

Police are looking for the third robber.