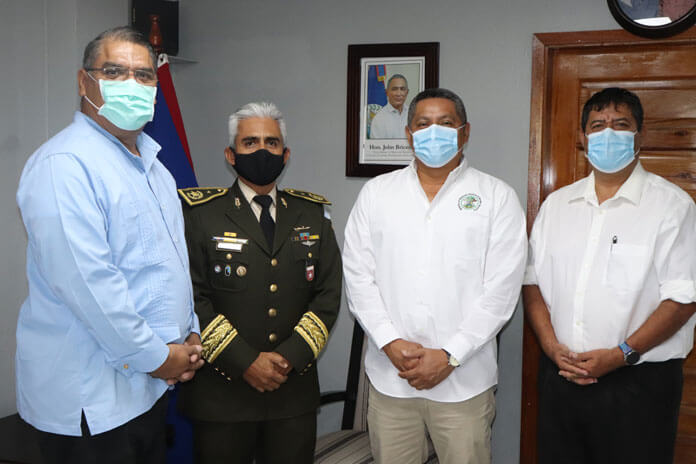 The release says that the meeting was cordial. “Both parties pledged to promote the spirit of goodwill and to strengthen the existing relationship of cooperation between the two countries,” the release stated.

Also present at the meeting was Oscar Mira, Minister of State in the Ministry of National Defence; and CEO in the Ministry, retired Brigadier General Dario Tapia.