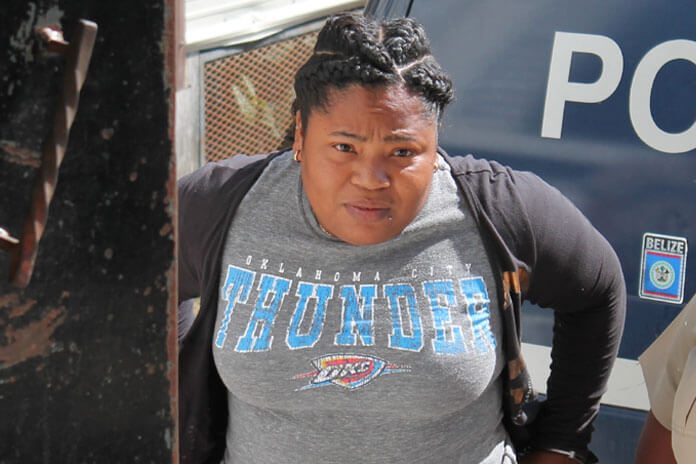 She said that the teacher had beaten her son — twice

BELIZE CITY, Wed. Jan. 22, 2020– Valine Rose Martinez, 27, the mother of a 9-year-old boy, pleaded guilty to a charge of wounding when she appeared today before Magistrate Khadeem Palmer. She was fined $2,500 and given until August 30 to pay. If she defaults on payment she will serve eight months in prison.

The charge arose from an incident that occurred on January 21 at Salvation Army Primary School, located on Orange Street. Brittney Thompson, a teacher at the school, reported to the police that while she was in the office of the principal, she was attacked by Martinez, who punched her in the mouth.

Thompson said that Martinez kicked her when she fell to the floor, and would have continued to beat her, had the principal not intervened.

Thompson was given a medico-legal form and she was taken to the Karl Heusner Memorial Hospital, where the doctor who examined her classified her injury as wounding.

Martinez’s explanation for her actions was that Thompson teaches her son, who is in Standard 2, and Thompson had beaten her son, and it was not the first time.

Martinez said that she had made a report to the principal when, on the first occasion, Thompson beat her son with a broomstick. She said the principal did not do anything about it, and so, on the second occasion, when Thompson punched her son in the back, she decided to take matters into her own hands.