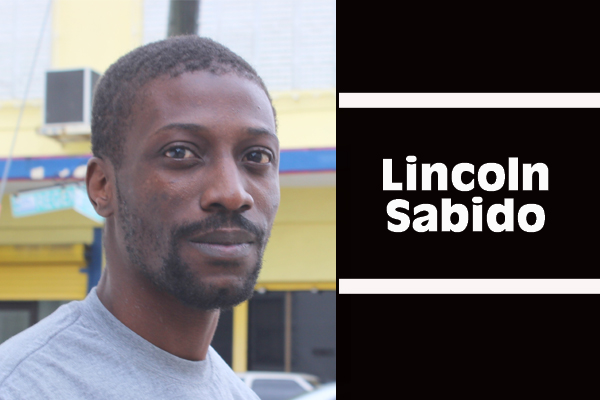 BELIZE CITY–Lincoln Sabido, 30, of Moya Street in the Lake Independence area, was shot to death around 10:00 p.m. on Saturday, October 4, while sitting on the verandah of a house on Flamboyant Street, by unknown gunmen.

Sabido, who is well-known to police, had been employed on the ongoing road construction in the city.

Police found him lying on the ground, with gunshot wounds in the head and body. He was taken to the Karl Heusner Memorial Hospital (KHMH), where he was pronounced dead at 10:30 that same Saturday night.

Amandala was informed by people in the area that earlier, Sabido had been at home, then said that he was going to the store to buy drinks. On his return from the store, he stopped at the house on Flamboyant Street and sat on the verandah of the house, which is on stilts, with some friends.

Shortly after, his friends went downstairs into the yard, leaving him on the verandah drinking a bottle of stout. Three men then came from around the lane into Flamboyant Street, and one of them fired several shots at him. The men then ran from the area.

Police went to the scene shortly after Sabido was shot, but they waited for an ambulance, which was slow in arriving, and when it did come, a medical technician, after checking Sabido, declared him dead on the scene.

The ambulance left, and police took him to the KHMH morgue.

An area resident told Amandala that he had left the area when he heard two gunshots, and then about 6 more. He hesitated and then went back to the area, and saw Sabido trying to get up, but falling down each time.

In 2008, Lincoln Sabido was charged with the murder of Norman Reyes, a resident of his neighborhood, but was acquitted of the charge after the prosecution closed its case in the Supreme Court trial. Sabido’s attorney, Anthony Sylvestre, submitted that he did not have a case to answer to.

Dennis Nembhard was a witness but he died after he was blasted in his back with a shotgun before Sabido’s trial. Nembhard had told police that he heard gunshots and saw Norman Reyes on Nutmeg Street coming towards him. He said Reyes collapsed on the street, and then he saw Sabido coming from the same direction, with a gun in his hand.

However, Sylvestre submitted that Nembhard’s view was impeded by a building, so he could not have seen Sabido.

At the time of his death, Sabido was out on bail for the armed robbery of a Chinese store on Tibruce Street, which occurred in April. Police said that he held up and robbed three men who were in the store at the time, along with the Chinese storeowner, and got away with over $3,000 in cash and goods.

Police allege that Sabido had an accomplice when he robbed the store.