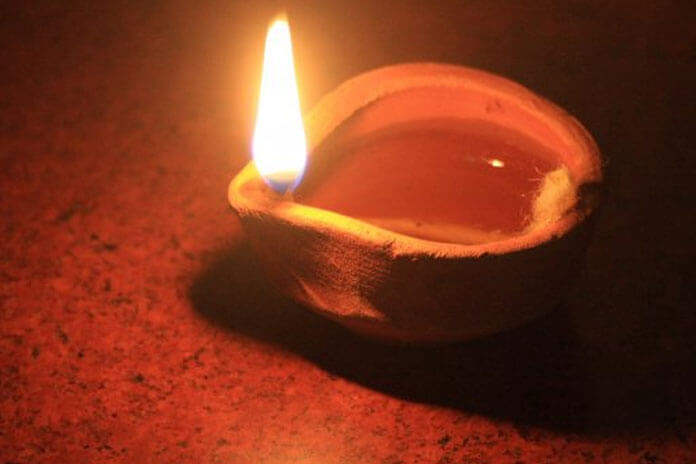 From the early, joyful and innocent Holy Redeemer years of uniformed children: marble, hopscotch, ketch, sweat, scraped knees, report cards and yes, some lashing; through to the SJC adolescent years of teenage desires, goals, anger, impatience, doubt, rebellion, fear, tears, hard lessons learnt, grit and dreaming, always dreaming. Sean has been there. Sean was the best man at my wedding and is the godfather of my first child. Sean is family. Sean is love.

Sean Taegar and I have been brothers for nearly four decades. If there is one underlying factor or constant that has nurtured our bond more than anything else, I would say that it is listening. For me, listening is an eternal, multidimensional process. Listening begets listening. The more we listen, the more we see, the more we empathize, the more we feel, the more we create, the more we love. Listening widens our sensory scope, refines our memories, sharpens our imaginations. Listening lets us think metaphorically to create new worlds. As the late poet, Kamau Brathwaite surmised, “Metaphor has its way of creating its own knowledge … it is leading to areas of knowledge you may not be conscious of”. Listen.

Spirit Fire Light is a vision of Sean’s ever-expanding process of listening set to lines of poetry. It is an invitation to listening. Like the books of the Mayan scribes, it is also an instrument of sight. It took Sean 10 years to write it, but I imagine the depth of listening that went into its creation is boundless, mysterious, beyond Sean. There’s a timelessness to its conception and to what it encompasses. This timeless quality and its spiraling scope are seen in the work’s cascading imagery that explore mysteries of creation and its origins. Origins of fire, light, cosmos, silence, imagination. Its contents sweep through multiple dimensions. The particle of each of its images is always connected to an immense, immeasurable vastness. As the now pulsates and expands into infinite directions, so does the poetry.

All this has stirred me to imagine that Sean’s listening has positioned him as writer/medium to what is Spirit Fire Light. The idea of artist/poet as a channel to a divine creator is seen in several indigenous cultures. For example, in Native American culture, a storyteller communes with the goddess of creation, Thought Woman, who thinks up a story. When Thought Woman thinks a story, the storyteller tells it. Listen:

How does Sean listen? An example from the archives. Archives refer to my recollections of conversations with Sean.

Listen:
Transformation/A turning point: A surrender – leaping into the abyss: “From the night abyss of nothing from which everything comes.” My reading of Light Feast, Book 1 of Spirit Fire Light.

An unforgettable day, about 15 years ago, Sean called me to announce what he had done, “Mims, I have burnt my writing. I told my father that I wanted to write a book of light and he said, write it. The spirit instructed me to burn my writing. As I lit the flame I received the gift of the Spirit.”

Silence. Questions: What did Sean burn? Fourteen years of poetry. What were in these poems? Darkness. Illusions. What was the origin of the fire that turned this poetry to ash? It is the first book of Spirit Fire Light. It is Light Feast, Sean’s listening to the fire burning fourteen years of writing darkness. Sean’s writing a book length poem to celebrate this fire. It is Sean’s unflinching faith in the fire from which Spirit Fire Light launches.

The poem shows us his pixelated vision of each point in the fire: “From this point of light, from this single particle develops sound and cosmos, universes and freedoms of divine fire”.

I saw this revelation in Light Feast, with lines like these that have also fired my imagination. Listen to these lines. Listen:

“This book burns, drinks fire, the flames foaming sky”
“A cigarette ending to ash or the light with which I lit the flame”
“This flame dances
Paper inked in light
And fingers turning each page to stars
As I opened the plastic bag
Of burnt poems ashes float out
And wings dancing
Where I write the word light
The paper survives the flame
Ashes, ashes, ashes

Listen:
Setting Fire to illusion: another one from the archives
Sean’s early dabbling with Art and Fire
In 2016, I conducted an interview with Sean via email. I asked him, “What work do you consider to be your first creation of art?” Here’s an excerpt of his response:

The first art project we did in second form of high school was to design the cover of our folder in which to keep our art works. I thought it had to be a realistic drawing. Yasser said it can be anything from your imagination and that transformed my view of what art is from only realistic drawing to anything from your imagination. This first art work was a collage of a boy holding a key guarded by two angels in front of a locked door with stone gargoyles with fiery, illuminated eyes and shooting flames from their mouths attacking from a sky of flames (my vision of hell which I now know is an illusion).

I imagine that Sean’s first art work, a vision of hell, and his subsequent 14 years of writing poems of darkness and illusion, were works he created so that he could fully see the illusions of society, counterforces, that cause decay, death, destruction, alienation. Counterforces that shackle the imagination. His poems of darkness are the kindling crafted to set ablaze illusions, to oxygenate what Light Feast refers to as the “books breathing in the bones”. It is this destruction of illusion that opens his imagination to see and listen and create new images of love. Listen.

Spirit Fire Light is a book of listening. It’s centered in love. For the artist and poet, it is a book of freedom that inspires trust in your own vision. It will guide you to create. Listen to it. Listen

As a fellow writer, I’d like to end my reflection by sharing with you a poem inspired by our brotherhood and my reading of Spirit Fire Light:

In communion with the spirits
of the netherworlds

Communing
in his cochlea

He hears the drumbeat
And pulse of light
in first light

He listens to the heart
Of thunder

Listens to its gentle heart
Pulsing

Listens to its
luminescence

Breaking chains
and speaking
in tongues
of
creole fire

He sees him
Return

He sees his
Resurrection

He sees the fire
cycle

the blood
the thriving
the blood

the unburied
bodies
the thriving

the beating and burning
of illusions

He communes with
Cesaire in first light

Cesaire in communion
With spirits in
Algae
coconut jelly

He glances
And sees himself –
Inner light

He turns the diamond
rereads
And sees another
Dimension:

The pages turn
He rereads
and
He sees the dimension
Of imagination,
the dimension of seeing

He turns the diamond
and it locks into
His coral brain

His brain ignites
Fear is ash
The spirit is alive

He offers his
Work to the spirit

A sacrifice
Burns to the ground

Ashes are saved
With words inscribed

He shares his visions
publication

For this and other
Readings

For this
And his writing

His vision
Is sustained

His writing
Is sustenance

To the world –
an offering

The bread is broken

It is all
Done with love