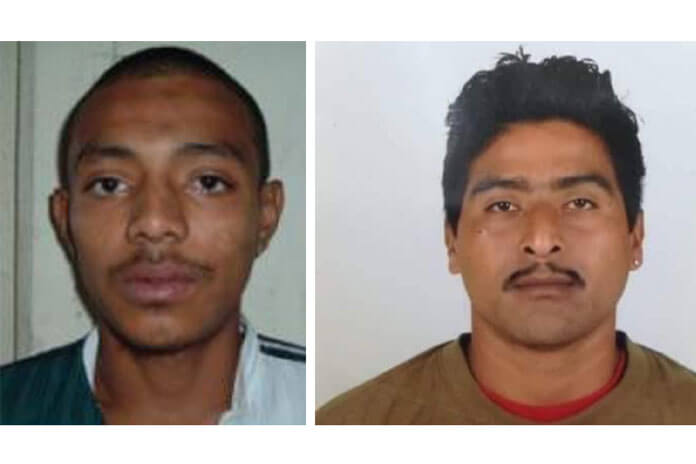 ORANGE WALK TOWN, Fri. May 29, 2020– An  investigation into the brutal death of Abner Novelo, 30, a farm caretaker of Yo Creek, Orange Walk District, who was found dead at about 6:30 Saturday morning on a farm where he was the caretaker, has led to the arrest of Nimrod Catzim Tillett, 32, a laborer of Orange Walk Town.

Tillett was charged with murder for the death of Novelo, and will be arraigned at the Orange Walk Magistrate’s Court.

Novelo was found with massive chop wounds in his head, back, chest, abdomen and knees; and his arms had been severed.

ACP Joseph Myvett, Head of Crimes Investigation of the Police Department, said that ongoing hostility between the two men had led to the brutal act.

A man who worked on the farm went to the farm Saturday morning and found Abner Novelo’s body lying outside the farmhouse where he lived. Novelo was in boxer shorts, and he was soaked in pools of his blood because of the massive injuries.

Police said that at about 8:00 Friday night, Novelo was seen alive and well in Yo Creek. Details of what happened after that are not yet known.

This is not the first time that Nimrod Tillet has been accused of murder. In February 2009, Tillett was the main suspect in the brutal murder of Enrique Castillo, 44, a chef of Orange Walk Town. Castillo had been beaten and his throat slit.

Police said that when Tillett was found, arrested and charged with Castillo’s murder, he gave a caution statement. He was arraigned at the Orange Walk Magistrate’s Court and he was remanded. In the Supreme Court trial, however, the caution statement was rejected, and he was found not guilty and was released.

Police said that the motive for the murder of Castillo was robbery. Castillo’s sister said that he had just come home from Caye Caulker, where he worked, and he had $3,000 in his possession.

When he was found dead in his house, his wallet and the money were missing, his house had been ransacked, and expensive jewelry and other possessions of his were missing.

His sister said that Tillett was well-known to Castillo and was a frequent guest at his house.